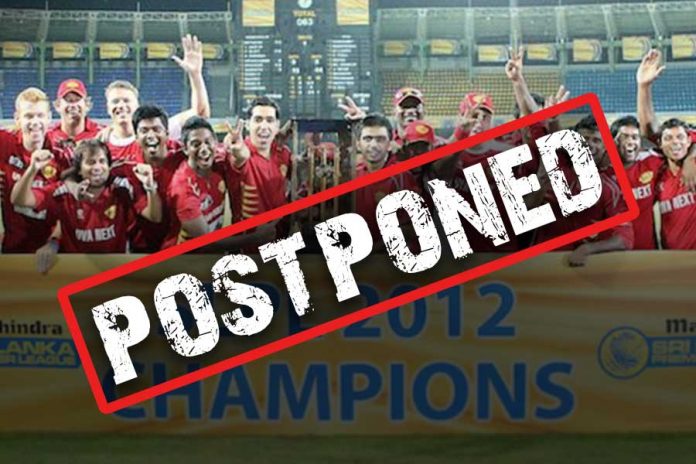 The highly anticipated Lankan Premier League (LPL), which was to be played in August/September has been postponed, Director of the league, former Sri Lanka all-rounder Russel Arnold confirmed in a tweet yesterday.

Hi Folks !!! The Lankan Premier League which was to be played in Aug/Sep has been postponed. #Uncontrollables  @OfficialSLC

Sports Minister Hon. Faiszer Musthapha also had spoken on the future of this league in an interview with BBC Sinhala on the 3rd of July.

An official announcement on the LPL’s fate is yet to be released by Sri Lanka Cricket (SLC).

SLC announced the tournament in February earlier this year. The tournament was scheduled to take place from the 18th of August to 18th September.