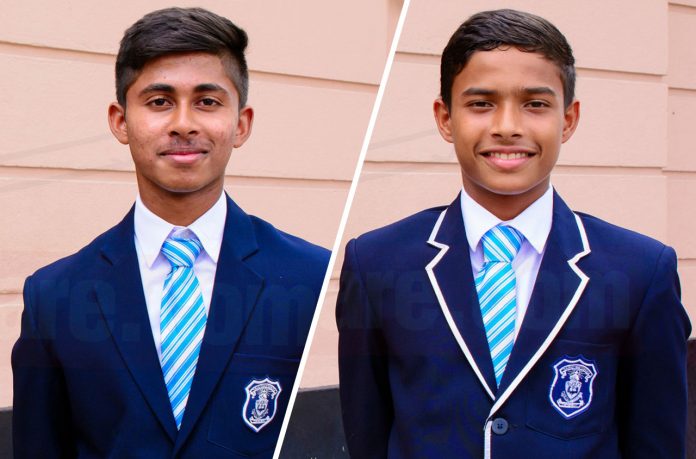 Seven matches of the Singer Schools ‘Under 19 Division 1’ Cricket Tournament 2018/19 were conducted today around the island.

St. Peter’s College finished day one on top in their traditional fixture against Ananda College which commenced today at Ananda College grounds in Colombo. The Ananda College skipper Kamesh Nirmal won the toss and opted to bat first but posted a modest total of 213 runs on the board.

Kavindu Gimhana top scored with a knock of 53 runs which came off 75 balls including 6 fours. In addition, Janindu Jayawardane stroked 48 runs off 89 balls with 9 fours. Off spinner Ruvin Senevirathane and right arm fast medium bowler Santhush Gunathilaka shared 7 wickets between themselves.

In reply, St. Peter’s College got off to a poor start as Anandian fast medium bower struck in the very first over to break the opening partnership but Santhush Gunathilaka (55*) and Bhanuka de Silva (40*) built an unbeaten 101 run partnership for the second wicket to end the day in favour of St. Peter’s College.

Here’s a round up of the matches that took place today in the Singer U19 Division I Cricket Tournament. Dharmashoka…

The decision paid off as the hosts could restrict Maris Stella College to 199 runs in their first innings. Mystery spinner Mahesh Theekshana, who bowls like Ajantha Mendis, showed his tricks with the ball picking up 5 wickets for 75 runs. Right handed batsman Ashen Fernando top scored for the visitors with a knock of 65 runs which came off 94 balls

At stumps on day one, the hosts were 75 runs for 3 wickets. Right arm fast medium bowler Aveesha Keshan picked up all three wickets which fell in St. Benedicts innings.

St. Joseph’s College took the upper hand on day one in their traditional fixture against Wesley College which commenced today at Wesley College grounds in Colombo. The magnificent centuries scored by Dineth Jayakody and Dunith Wellalage were the highlights of the first day’s play.

S. Thomas’ College took honours on day one of their traditional fixture against Nalanda College which commenced today at Nalanda College grounds. The bowlers dominated the encounter between the two sides as Mahima Weerakoon starred with ball for the hosts picking up 4 wickets for 29 runs while left arm seamer Kalana Perera shone with the ball for the visitors picking up 5 scalps for 46 runs.

The Group B fixture between D.S. Senanayake College and Zahira College in the Singer Schools Under 19 Division 1…

The Group D fixture between Dharmapala College and Trinity College commenced today at Dharmapala College grounds in Pannipitiya. After winning the toss, the Dharmapala skipper opted to bat first but posted only 195 runs all-out. Kavishka Senadeera was instrumental in causing the batting collapse of the hosts as he took 7 scalps for 69 runs.

The traditional fixture between Mahanama College and Zahira College commenced today at Zahira College grounds in Colombo. After being put into bat first, the visitors posted 228 runs on the board with Pathum Botheju top scoring with an unbeaten knock of 93 runs. In reply, the hosts were 24 for no loss at stumps on day one.