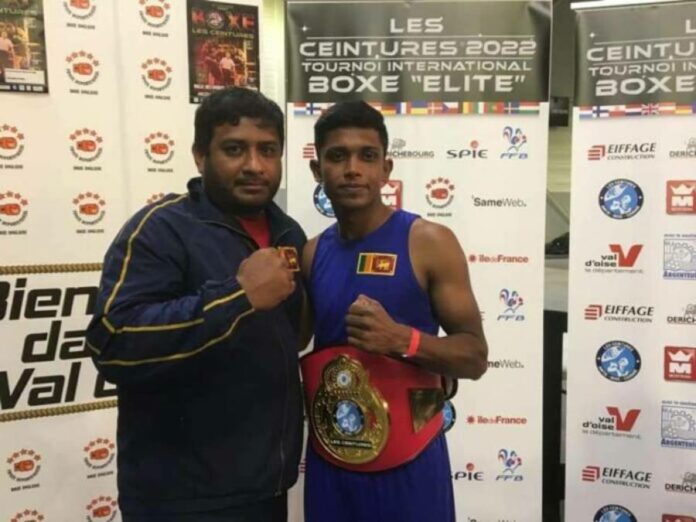 The 22-year-old Prasanna registered this win by defeating Canada’s Al Ahmadi in the final of Men’s Bantam Weight (56kg). In the Semi-Final meet, Prasanna defeated Italian boxer Erilmas to qualify for the final.

Prasanna who represents Police Sports Club currently trains under the watchful eyes of coach Abdullah Ibunu. Hailing from Ingiriya, Prasanna has won the national championship in his weight category as well.

Read : Nadeeka and Sanjeewa shine at the Layton Cup

This is his biggest achievement in the international boxing arena after failing to secure medals in previous boxing meets held in Bulgaria and Thailand.