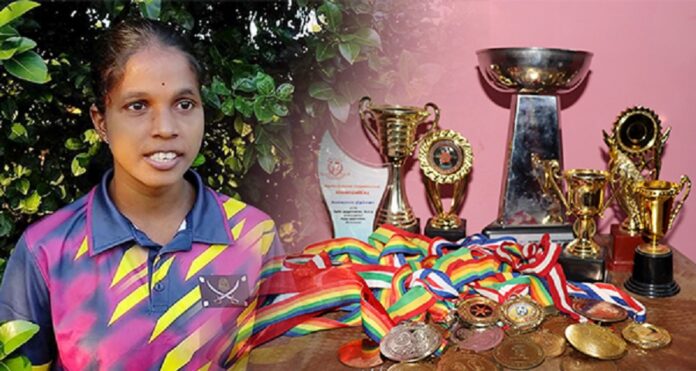 Yogarasa Nidharshana managed to win a gold medal in a boxing tournament organized by the International Brave Boxing Council in Chennai India on the 26th of March.

Yogarasa works alongside her mother in the fields; her father is deceased