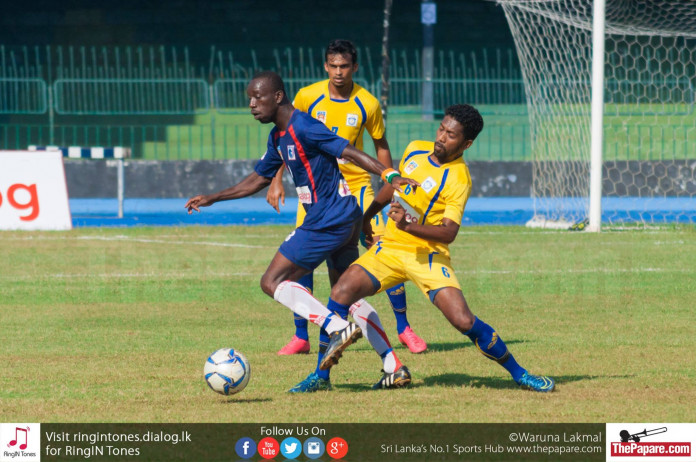 Mohamed Rifnaz and Emmanuel Ojinkeya scored either side of halftime as Renown registered their third consecutive win in as many matches defeating Crystal Palace 2-0 at the Sugathadasa Stadium.

The round 3 matches of the Dialog Champions League Super 8 were postponed due to bad weather and the unbeaten Renown SC took on Crystal Palace who is yet to score a victory in the Super 8’s. Renown is proving to become one of the favorites to clinch the Champions trophy this year. 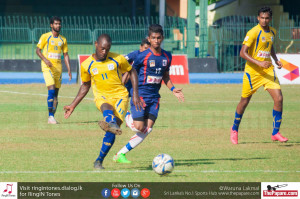 Renown dominated the opening half with their slick passing masterminded by the veteran Fazul Rahuman and ably supported by Rifnaz, Rizni and Fazal. Mohamed Fazal, Ojinkeya and Onana Franklin created opportunities at will but were unable to convert them.

The opening they needed came late with minutes remaining in the first half from Ojinkeya’s head when Franklin crossed the ball from the right side which was headed by a diving Ojinkeya from the six yard box.

Crystal Palace had their moments in the match but their players seemed to lack fitness having not practiced due to the bad weather and struggled under the humid conditions on the day.

They lacked confidence in the field which is understandable having been thrashed by Colombo FC in their previous match. Cyrstal Palace skipper Mohamed Shifan together with their striker Isaac Aba got close to scoring but they couldn’t just find a way through in the first half.

It was important for Crystal Palace to push themselves forward from the start of the second half but Renown smartly marked Isaac Aba and strengthened their back line to make sure that they did not concede any goals. 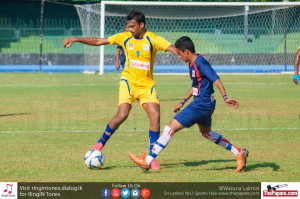 Renown sealed their victory with their second goal which was scored by Mohamed Rifnaz in the 55th minute. The ball was lobbed over the defense line and Rifnaz making brilliant run through slotted the ball past Dasun Paranavithana.

It was an uphill task for Crystal Palace after that second goal even though they are known for their second-half comebacks. Their energy and intensity towards the final few minutes was admirable.

Shifan got close twice before the final whistle but he just couldn’t find the back of the net to keep his team in the hunt for the league title.

Speaking to ThePapare.com Mohamed Hilmy manager of Crystal Palace had this to say;

“I’m proud of my players. Most of them are suffering from injuries but they somehow play for the team. We don’t have much bench strength as well so it’s really hard to find replacements. However I’m happy with how they played under the circumstances.”

“We have been playing good football since the start of the Super 8’s. My only concern is that we couldn’t keep up the tempo as we would have loved to. But nevertheless I’m really happy with the boys. They keep pushing themselves to get better by the day.”