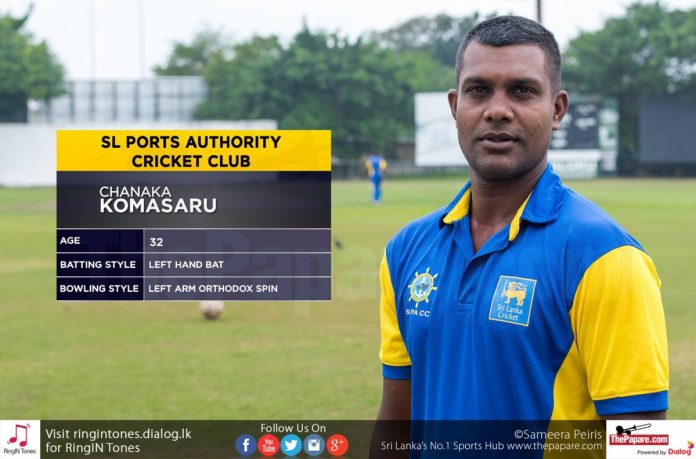 Due to the performances from both sides, the lone game that concluded its scheduled fixture today between Kurunegala Youth CC & Sri Lanka Ports Authority CC ended in a tame draw.

Kurunegala Youth CC ended their first innings for 235 runs after Keshan Wanniyarachchi (97) and Randeer Ranasinghe (82) ensured that KYCC posted a par score to stay in the game. Chanaka Komasaru and Rajeeva Weerasinghe inconvenienced the KYCC batsmen as they ran through their line up, sharing nine wickets among them in the first innings. Komasaru ended the first innings with figures of 5 for 72 while Weerasinghe picked 4 for 57. In reply, Sri Lanka Ports Authority CC made a comfortable score of 331 runs for their first innings handing a lead of 96 runs for the Kurunegala batsmen. Overseas player Hasnain Bokhari, played a stunning century as he anchored SLPA CC first innings.  Left-arm spinner Navin Kavikara picked a five for KYCC. With lot more intent and care to their batting, Kurunegala Youth CC declared their second-innings when they 309 runs for the loss of 9 wickets. Opener Malinga Maligaspe (89) and skipper Lahiru Jayaratne (55) made fifties while Komasaru shined with the ball claiming 6 wickets in the second innings to end with a match bag of 11 for 172. Chasing a target of 214 runs, SLPA CC were 55 for 1 when the umpires called it a day and declare the match drawn.

In an ongoing fixture, Nugegoda SWC made 294 for their first inning owing to a fifty from Denuwan Rajakaruna and valuable 40s from Pramud Hettiwatte (48), Dilanka Wickramasinghe (45), Sehan Weerasinghe (44) and Irosh Samarasooriya(40). Yet, the star of the innings was the left-arm spinner Gayan Sirisoma who bagged 7 wickets in the first innings. Bloomfield CAC scored 327 runs for their first inning as Dilhan Cooray (96), Harsha Vithana (72) and Mishen Silva (51*) made fifties. Pasindu Madushan (5/74) and Matheesha Perera (4/91) were brilliant with the ball as the pair claimed 9 wickets among them in the first innings. Nugegoda SWC were 45/2 at Stumps – Day 2.

Six group stage matches of Tier A of the SLC Major League tournament……..