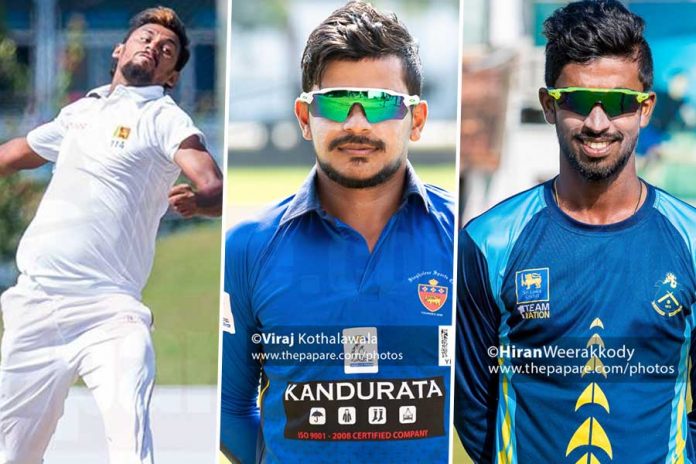 The Group A encounter between Negombo Cricket Club and Sinhalese Sports Club continued today for day two at SSC Grounds in Colombo. The visitors posted 428 runs on the board for their first innings, with Dilshan Munaweera scoring a century. In addition to that, Ashen Silva, Madawa Warnapura and Roscoe Thattil stroked half-tons.

Ambidextrous spinner Tharindu Rathnayake picked up 4 scalps for 125 runs for the hosts. In reply, the hosts made 239 for 6 at the close of play on day two. The left-handed stroke maker Sandun Weerakkody scored a century (114) while Kavindu Kulasekara chipped in with a half-ton.

The Group A encounter between Army Cricket Club and Colts Cricket Club continued today for day two at Colts Grounds in Colombo. The hosts managed to go past the first innings score set by the visitors as they finished day two on 312 runs for 9 wickets. The right-hander Vishad Randika starred with the bat as he stroked a classy century for the hosts.

The left-handed stroke maker Bhanuka Rajapakshe stroked 85 runs, while Sagar Mangalorkar and Tharindu Kaushal contributed with half-centuries. The visitors began their second innings 139 runs ahead and posted 144 for 1 at the close of play on day two. Ron Chandraguptha, who made a half-ton in the first innings, starred again with the bat by scoring 77 runs while Pawantha Weerasingha remained unbeaten on 62 runs.

The Group B encounter between Tamil Union Cricket Club and Chilaw Marians Cricket Club continued today for day two at P. Sara Oval Grounds in Colombo. The Chilaw Marians replied strongly with the bat, posting 346 runs on the board in reply to the modest total of 162 made by Tamil Union CC. Kamindu Mendis (73), Thikshila De Silva (58) and Lasith Croospulle (53) top scored with half-tons.

The Group B encounter between Nondescripts Cricket Club and Lankan Cricket Club continued today for day two at NCC Grounds in Colombo. The hosts declared their first innings after scoring a mammoth total of 511 runs for 9 wickets. Pathum Nissanka stroked a century while Upul Tharanga, Sahan Arachchige, Chamika Karunarathne and Angelo Perera chipped in with half-tons.

The Group B encounter between Badureliya Cricket Club and Ragama Cricket Club commenced today at Surrey Village Grounds in Maggona. After being put into bat first, the Badureliya batsmen posted 215 runs for 2 wickets when umpires called stumps on day one. The 32-year old Indian cricketer Bravish Shetty stroked an unbeaten century.