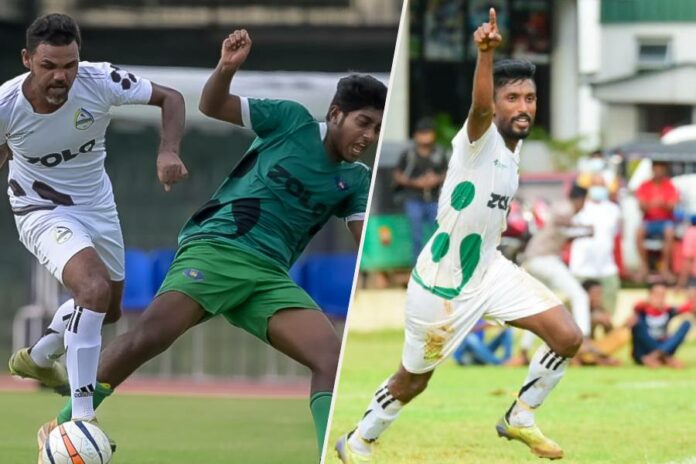 Matara City defeated New Star while Java Lane lost their first match of the tournament, in week 11 of the Champions League 2022.

The Pelicans put a huge dent in the championship hopes of Java Lane by defeating them 3-1, at the Maligapitiya Grounds in Kurunegala.

Naveen Jude’s 14th minute goal gave Java Lane the lead, but Nafshan Mohamed made it 1-1 in the 30th minute with a fantastic goal. Lahiru Sampath’s header in the 42nd minute saw Pelicans lead 2-1 at half time. After the break, Nafshan’s opportunistic strike in the 66th minute gave the hosts a 3-1 win.

Matara City took another big step in winning the championship after beating New Star 2-0 at the District Sports Complex in Galle. Boadu Prince’s strike in the 9th minute gave the championship leaders the advantage before Rehan Werappuli’s 75th minute goal sealed the win.

After the break, Mariyathas Nitharshan made it 3-2 for St. Mary’s in the 50th minute, but Samith Maduranga equalized in the 56th minute.

Super Sun & SLTB played out a 2-2 draw at the Sugathadasa Stadium. Shareek Ahamed scored in the 2nd minute and Sivaraja Krishanthan in the 3rd, as SLTB led 2-0 inside the first few minutes.

Hasitha Priyankara pulled a goal back for Super Sun in the 20th minute and equalized on the stroke of half time.