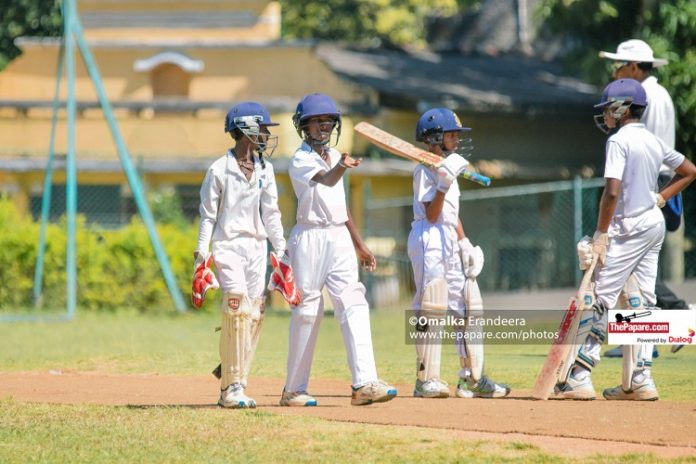 Junior from Moratuwa, Pahana Binara demolished the batting line up of the Walikada juniors by picking up 6 wickets for 20 runs in U13 Schools pre – quarter finals match.

The Singer Schools U13 Division 01 pre – quarter finals cricket match played at Moratuwa between Wesley College, Colombo and the home team Prince of Wales College, Moratuwa. Hosting team invited the visitors to bat first after winning the toss. Knowing the home ground conditions well, the Prince of Wales juniors managed to bowl them out for just 106 runs in 49.1 overs. Dinal Subasinghe was the highest scorer for Wesley by scoring 46 runs and Samindu Amarasinghe scored 23 runs. Pahan Binara was the pick of the bowlers as he demolished the batting line up of Wesley by taking 6 wickets for 20 runs.

Chasing this target the home team ended up scoring 133 runs losing just 02 wickets completing 35 overs when the match officials called it off for the day. Ramith Jayasooriya scored an unbeaten 56 runs while Ramiru Perera scored 21 runs.

Read Also : St.Peter’s and Mahinda Galle through to Quarters

The match ended up a draw and Prince of Wales qualified to the quarter finals by points.