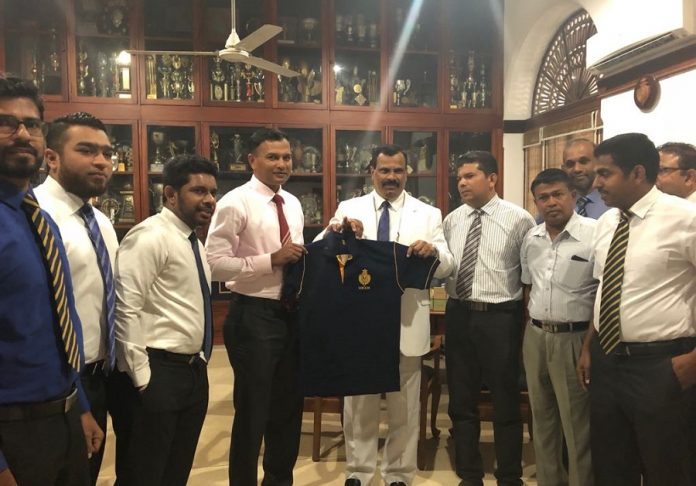 Royal College has completed the signing of Mohamed Roomy as the Head Coach of the Royal College Football Team.

It will be a two-year contract, starting from February 2018, while the monthly payment has not been disclosed.

There has been a recent uprising of football in schools such as St. Joseph’s College and St. Peter’s College, who are known for their Cricket and Rugby. Royal College, signing Sri Lanka’s number one coach from Zahira, shows that they too are ready to join the revolt.

ThePapare.com broke the news of the imminent move, at the beginning of the year, after it was revealed that Roomy was displeased about the way Football at Zahira College was been treated.

“I am really happy to take over as the Head Coach of Royal College Football. Royal is a great school and though they aren’t known for their football, has produced quite a few really good players including Naveen Jude, who has been playing really well in the last two seasons in the top league,” Roomy told exclusively with ThePapare.com.

Royal College gained promotion to the U19 Division I Schools’ Football Championship in 2015 after winning the Division II against Al Aqsa College, Kinniya. However, their stay in the top division has not been productive after two mediocre seasons, where they have failed to progress to the knockout stage and almost got relegated in the 2017 season.

Roomy led Zahira College to the knockout stages of the 2017 season before leaving. Though Zahira managed to defeat an out of sorts Kingswood College side, they were defeated by eventual champions St. Joseph’s College in the semi-final and St. Peter’s College in the 3rd place play-off.

St. Peter’s College managed to hold off Zahira College to a goalless draw…

“I am always up for a challenge and Royal College presented me with my next challenge. I will have to work with the senior and junior teams from the bottom. Discipline is top of my requirement list, because if a player has or is taught discipline then all the other skills will be easy to fit in place,” the master tactician went onto say.

In a statement Royal College Principal B.A. Abeyrathne added that the College needs to build a good football team with high discipline and that they need to uplift the standards of football and set an example to others.

Senior Games Master Mohamed Riyas added that the arrival of Roomy will take football at Royal College to the next level, that his experience and passion towards the game will bring value to the team.

Apart from his exploits in the schools’ football arena, Roomy has guided Colombo FC to a hat-trick of Dialog Champions League wins in 2015, 2016 & 2017 and the 2015 FA Cup in the club circuit.