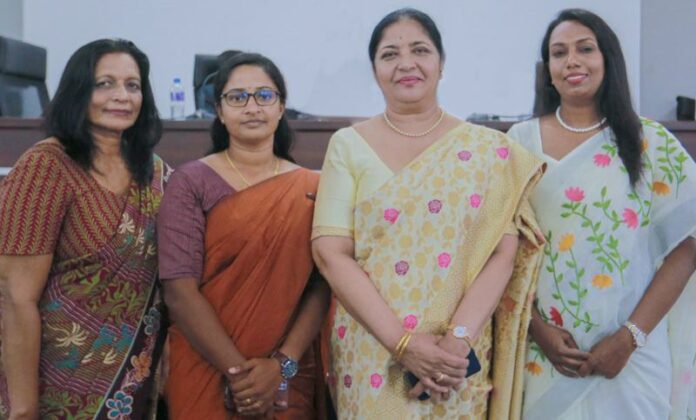 Victoria Lakshmi has been elected as the new President of the Netball Federation of Sri Lanka by majority vote.

The election was held at the Sports Ministry Auditorium. In the vote for presidency, Lakshmi received 21 votes while her opponent Caryll Tozer received 11 votes. Lakshmi has held the presidency on numerous occassions in the past. Padma Baddewela and Vajira Pushpakumari who were the other presidential hopefuls withdrew their nominations before the vote.

In the battle for Secretary, Vindana Dayarathne won with 20 votes while B.D. Sumithra got only 12 votes. Shiromi Kuruppu withdrew her nomination.

It was a tight contest for the post of Treasurer, where Padmini Horanage and Jayanthi Jayasuriya both got 16 votes in the first round but in the 2nd round Horanage got 17 while Jayasuriya got 15.

With Champa Gunawardena’s withdrawal, Nitharshana Kulenthiran was elected as the Assistant Secretary. Layani Renuka was also appointed as the Assistant Treasurer uncontested. Of the 35 associations registered with the NFSL, the voting rights of Trincomalee, Mullaitivu and Batticaloa were removed by the Election Committee.