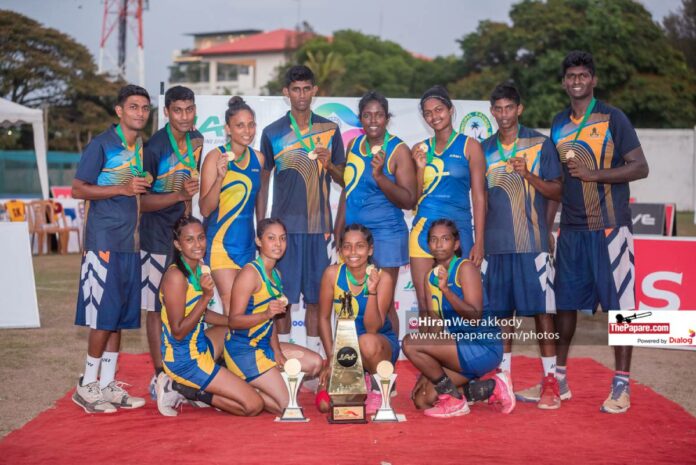 Army Sports Club managed a thrilling 41-37 victory over Vidyalions Kegalle in the final of the Mayor’s Cup Mixed Netball Tournament, thanks largely to some phenomenal shooting from Goal Shooter Bharatha Ranatunga.

The game had a frantic pace to it throughout as both sides fought hard to take ascendancy, especially at the respective shooting circles as Ranatunga and his counterpart Vishwa Ranasinghe dropped layup after layup to move the scores along.

The 1st quarter ended 11 all but it was in the 2nd quarter that Army got a hold of the game, outscoring the Vidyalians 12-8. From that point there was no looking back for the Army as they never lost the lead, despite some intense periods of play.

The Vidyalians, led by the brilliant Ranasinghe, pulled things back admirably, using the latter part of each quarter to really put the Army players under pressure. They took the 3rd quarter 10-8, but some silly mistakes and unforced errors allowed Army to soar ahead by 6 goals midway through the last quarter.

Although the Vidyalians fought hard in the end, they just could not catch up as the last quarter ended 10-8 in favour of Army, who took the game by 4 goals.

Ranatunga, deservedly took home the Most Valuable Player award in the tournament, while Navy placed third after beating Ratnapura in the 3rd place playoff earlier in the day.