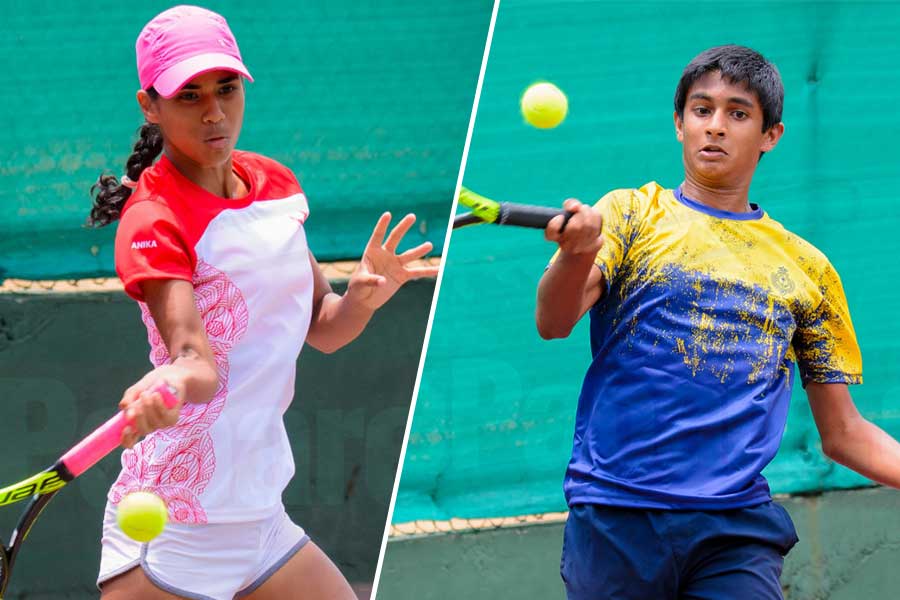 The 2018 under 13 champs, Ladies’ College added one more title to their winnings, this time in the Under 17 National Schools Tennis Championship. Royal College extended their name with the Boy’s U17 overall championship joining the Ladies’ parade.

Ladies’ College started their run from the bottom of the table as second seeds; Visakha Vidyalaya topping the girls’ draw. Ladies fast approached the semifinal play-off against Ave Maria convent, having received a bye and a walkover in the first two rounds.

Newly crowned Category 5 SSC Open Women’s Champion, Anjelika Kurera and co. couldn’t match up to the Ladies effort. Kurera was the only pull-through for Ave Maria as they conceded the doubles and 2nd singles to Ladies’, sending the girls from Flower Road straight to the final.

After a bye in the first round, top seeded Visakhians faced debutants, Chundakuli Girls College and Holy Family Convent in the second and third rounds respectively. Visakha remained unbeaten till they clashed against Ladies’ in the final, with the latter stealing the battle 2 wins to 1, to be crowned Girls’ U17 champions.

Ave Maria Convent didn’t go away empty handed, as they claimed the bronze medal in the tournament defeating Holy Family Convent in the third-place play-off.

In a 32-entry draw, Royal College drew in 3rd seed at the start of the tournament. St. Joseph’s College, Jaffna were Royals’ first victim as they pulled through to an easy 2-0 win in the second round. St. Sebastian’s Moratuwa was no match for the Royalists in the quarterfinal as they too suffered a 2-0 loss.

It was in another Roy-Tho battle that Royal College defeated S. Thomas’ 2-0 to reach the final against 4th seeded Ananda. D.S Senanayake College and St. Peter’s suffered the wrath of Ananda as they reached the final through the bottom half of the draw with no real threat from either school.

Sri Lanka Wheelchair Tennis took the world by the wheels…

Not losing a single match during this years’ tournament, Royal College stood unaffected by the Ananda clan and remained untouched yet again, winning the 1st single and doubles to clinch the coveted U17 Boys’ Championship.

Luck was not in S. Thomas’ side, as they couldn’t grasp the bronze later on against St. Peter’s College, heading home in 4th place.

The all-important U19 Games are set to be played in October 2018. Stay logged on to the ThePapare.com for more updates and news on the National Schools Tennis Championship 2018.