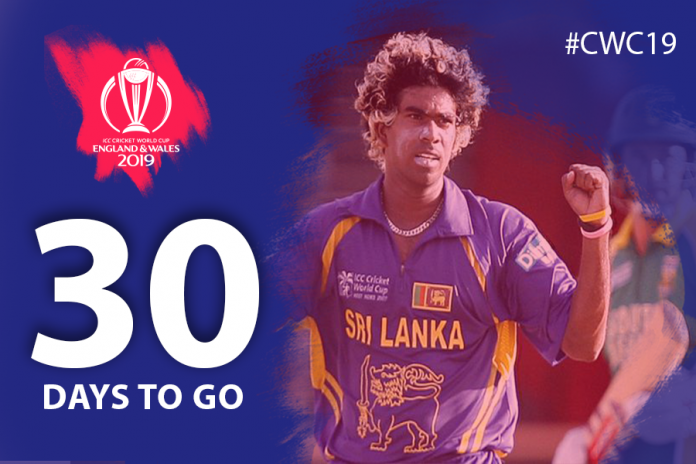 No Sri Lankan wants to remember the last hat-trick recorded in a World Cup game. It happened in Sydney in a quarter-final fixture in the last edition of the tournament. Sri Lanka were at the receiving end. Their campaign came to an abrupt end at the hands of the South Africans.

It was the only time South Africa have actually won a knockout encounter of the World Cup. The Proteas and World Cup knockouts don’t go hand in hand as they generally choke.  It was the Sri Lankans, who choked this time, conceding a hat-trick. Did they fall a prey to the searing pace of Dale Steyn or Morne Morkel? Far from it. The hat-trick was taken by a spinner. No not Imran Tahir. The Sri Lankans succumbed to the part-time spin of J.P. Duminy. It was one of the most disappointing performances by a Sri Lankan team.

Finalists in the last two editions in 2007 and 2011, Sri Lanka had a good run in the group stages of the 2015 event before they choked in the quarter

Malinga became the cynosure of all eyes during the 2007 edition of the World Cup when he nearly sank the South Africans, claiming four wickets in four balls. In the next edition, he gave the home fans much to cheer, claiming a hat-trick at RPS.

His hat-trick was spread through two overs. Having trapped Tanmay Mishra off the last ball of the 41st over, Malinga bowled Peter Ongondo and Shem Ngoche off the first two deliveries of the 43rd over. Two balls later, he claimed last man Elijah Otieno as well. None of the four victims troubled the scorers as Malinga was on fire in his second spell, cleaning up the Kenyan tail. From 137 for six, Kenya were bowled out for 142, losing the last four wickets for just five runs in the space of 11 deliveries.

Malinga would finish with six for 38 as Sri Lanka cruised to comfortable nine wicket win.

Sri Lanka used him cleverly in 2011 and he was on the money. Malinga would give them early breakthroughs with the new ball and then come to bowl the death overs. Occasionally, if the captain sensed a threatening partnership is building up midway through the innings, it is to Malinga the captain turned again.

He was used sparingly during the tournament. Malinga played only seven of his team’s nine games and finished with 13 wickets at 20.

His opening spell in the final was remarkable. Defending 276, Malinga gave his team a rousing start dismissing Virender Sehwag (0) and Sachin Tendulkar (18) cheaply. The Sri Lankans lost the plot from thereon.

Malinga is the most experienced bowler in the world at the moment. He is the only active cricketer to have claimed more than 300 wickets in ODIs and during the World Cup will break into the list of top ten highest wicket takers in the world. Bangladesh captain Mashrafe Mortaza with 259 wickets is behind him.

Malinga’s 43 wickets at 21 in World Cups is also the most by an active bowler. Tim Southee is his closest rival with 33 scalps at 23.  This is going to be Malinga’s fourth World Cup.