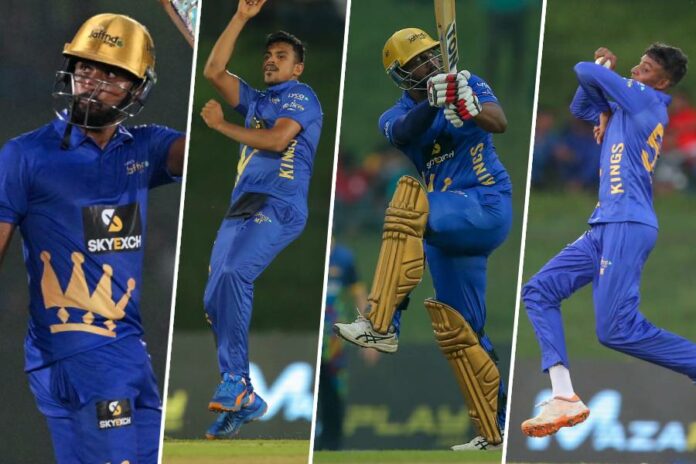 Dambulla Aura skipper Dasun Shanaka won the toss and opted to bat first. The opening pair of Dambulla Aura Jordan Cox and Shevon Daniel provided an excellent start for their team adding 63 runs off 46 balls for the first wicket.

However, things went downhill for the Dambulla team once their openers were dismissed as Jaffna spinners Maheesh Theekshana and Vijayakanth Viyaskanth ripped through the opposition batting lineup picking up 3 wickets each.

Dambulla Aura as a batting unit faltered and couldn’t gather any momentum crawling their way to just 121 runs in the allotted 20 overs.

In reply, Avishka Fernando and Sadeera Samarawickrama opened the batting for Jaffna Kings and gave the team an excellent start putting a century-stand for the first wicket which set the tone for a comprehensive win for Kings.