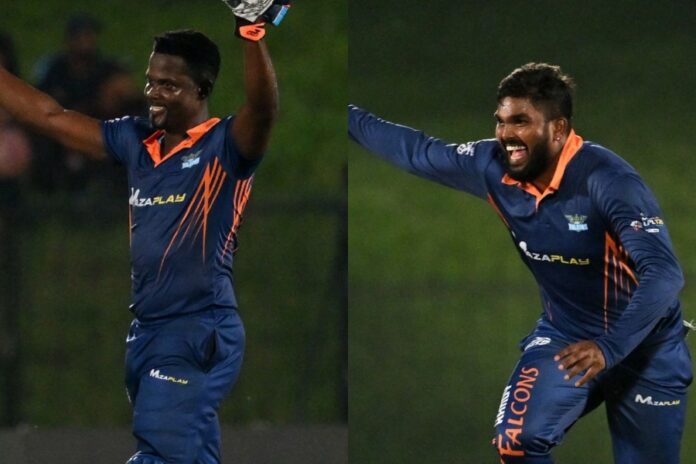 Colombo Stars Skipper Angelo Mathews won the toss and opted to bowl first in order to get the maximum use of cloudy conditions at Hambantota.

Chasing a mammoth target of 200 runs to win, the Colombo Stars got off to a poor start, losing their 3 top order wickets for just 11 runs in 2.5 overs. The experienced batters Mathews and Chandimal tried to rescue the innings by showing some resistance, but Hasaranga wove a spinning web around Colombo Stars’ middle order, taking a hat-trick of wickets – the first ever in LPL history.

Hasaranga’s hat-trick ended the game then, and it was only a matter of time for the formalities to be completed as the Kandy Falcons registered a massive 109-run win in their first game of the tournament.