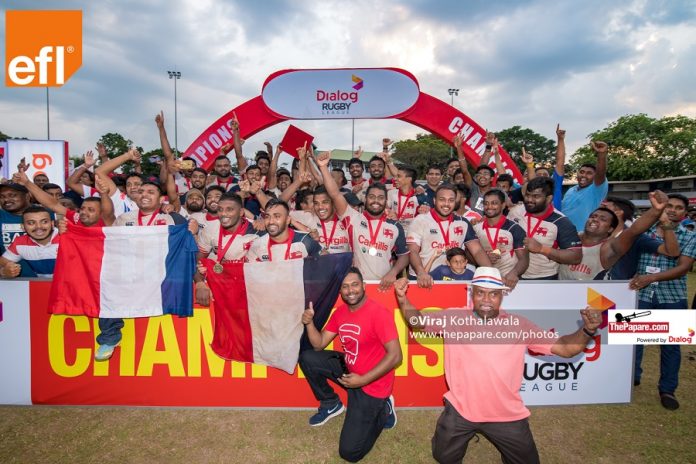 Kandy Sports Club clinched the Dialog Rugby League for 2018/19 season by notching up a victory over the Havelock Sports Club by 21 points to 19 in a close tussle contested at Havelock Park earlier today.

After 15 weeks of exciting action in the Dialog Rugby League, the two best outfits locked horns for one last time for the title decider as Kandy looked to make it 5 titles in a row and continue their dominance in the club circuit while Havies aimed at bring back the lucrative title back to the park club after 2012/13 season.

It just took two minutes for the visitors as their forwards made valuable strides through a rolling maul and then the backs made the best use of the first attacking move when Oshan Perera straighten the line made a cheeky pop pass to the playmaker Nigel Ratwatte to draw first blood in the grand finale. (Havies 00-05 Kandy)

Havies continued to leak penalties in the breakdown as Kandy this time opted to go for points as Thilina Wijesinghe slotted in an easy three-pointer to increase the Kandy lead. (Havies 00-08 Kandy)

Havies yet again gave away an unwanted penalty as Sithum Peiris was deemed offside by referee Just Wang as Wijesinghe bisected the upright with ease. (Havies 00-11 Kandy)

Skipper Richard Dharmapala stepped up to the plate in this big game as he ran a brilliant line and went past seven Havelock defenders to score a vital try under the post for the defending champions. Thilina Wijesinghe further increased the Kandy lead with his kick. (Havies 00-18 Kandy)

Havies struggled during the first half as their lineout didn’t operate well as they gave away possession to Kandy at vital moments and Havies had few kickable penalties for points but they opted for the territorial game and went empty handed to the break.

Kandy were gifted another three points when Shawket Lahir was penalized for not supporting his body weight in the ruck as Wijesinghe slotted in another easy kick. (Havies 00-21 Kandy)

Havies finally got their act together as their forwards were patient this time around playing more phases in the close quarter as Sithum Peiris managed to sneak in to score the first try for the park club and Riza Mubarak added the important extras to cut the deficit. (Havies 07-21 Kandy) 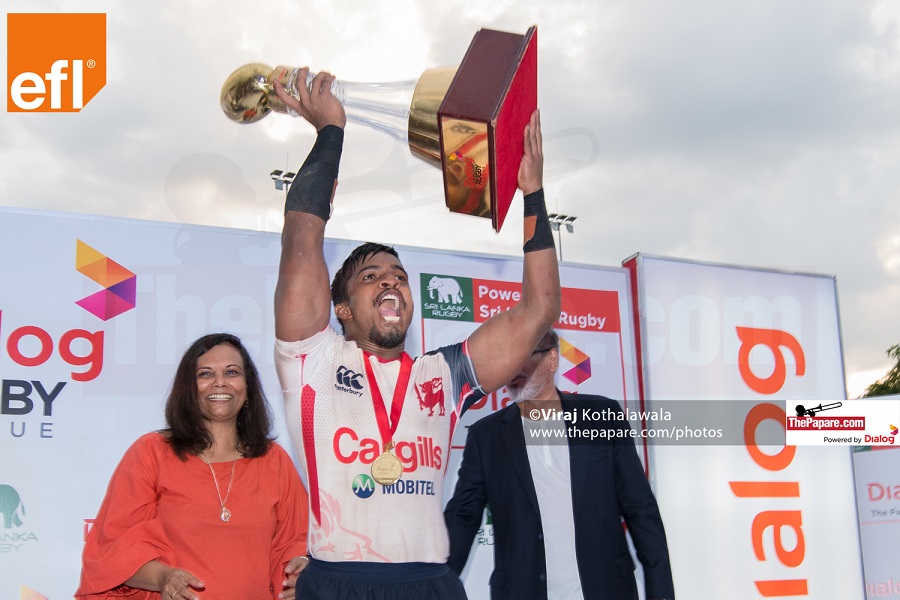 Havies continued to play the pick and drive game as their forwards drew more defenders towards them and quick hands from their back managed to send Dinuk Amarasinghe over the line to keep this game alive. Unfortunately, Riza Mubarak couldn’t convert the try from the touch line. (Havies 12-21 Kandy)

The park club toiled hard as Kandy defended putting their bodies on the line as Yakoob Ali was sent to bin as Kandy continuously made infringements and finally Mithun Hapugoda in the final move of the game managed to find the white wash as Mubarak quickly added the extras but the missed conversion and kickable penalties not kicked came in to haunt the Havies as referee Just Wang blew the final whistle as Kandy Sports Club was crowed champions for the 5th consecutive year.