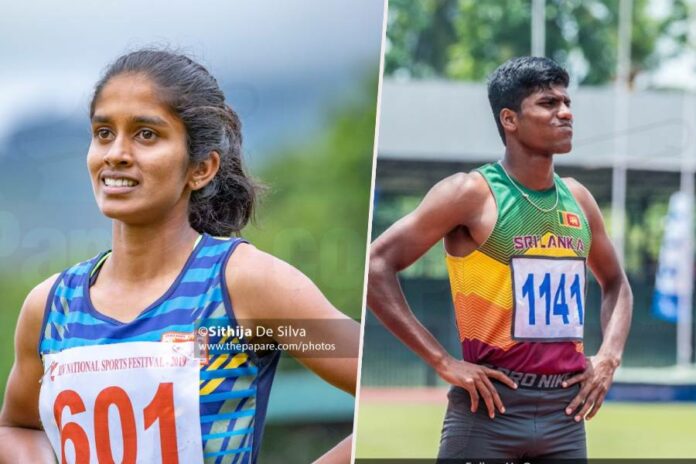 Sri Lanka National champion, de Silva finished in 4th place in the Women’s 100m Final which was crowded with a few big names such as Dutee Chand and Hima Das. She recorded a timing of 11.76s while the gold medal was secured by Hima Das (11.43s) after a close battle with Dutee Chand (11.44s).

Quarter miler Aruna Darshana couldn’t show up with his best in the finals yesterday as he could only run a race of 47.01s which is far from his usual best. He was placed 5th in the finals as the Asian Championship Gold Medalist Amoj Jacob cruised to a comfortable victory with a timing of 45.68s.

Read Also : Amasha and Aruna qualify for the finals in India

Today, the women’s 4*100m relay squad will participate in the final of the event. Amasha De silva, Rumeshika Rathnayake, Shelinda Jansen, Medhani Jayamanne and Lakshika Sugandhi are the members of the sprint relay squad.