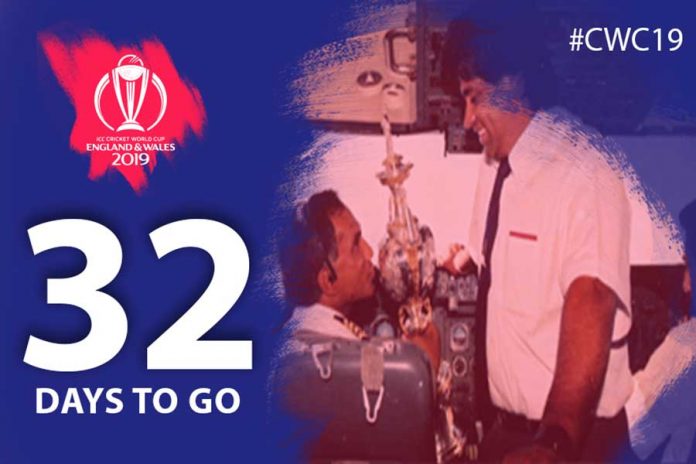 World Cup winning former captain Arjuna Ranatunga in his Legends interview with ThePapare.com revealed some facts that had never been said before on what happened on the flight back home after winning the World Cup. We have heard about overcrowded buses but here’s a case of an overcrowded flight. We urge the readers to watch Arjuna’s Legends interview to know where exactly the ‘excess’ passengers were when the flight took off from Lahore and when it touched down at Katunayake.

This was not a routine flight carrying passengers. Suddenly realizing that the national cricket team had reached a World Cup final, some individuals had got together to put up a charter flight to Lahore and to return the same day. This flight carried some VVIPs – several ministers, some businessmen and parents and loved ones of the players.

The World Cup final was on the  17th of March and PILCOM, the organizing arm of the World Cup had arranged the teams to leave for their respective countries the following day – 18th of March.

The pilot of that aircraft was Sunil Wettimuny, the eldest of the Wettimuny brothers. Sunil had posted Sri Lanka’s maiden half-century in international cricket in the 1975 World Cup. When the World Cup winning team made a request to Wettimuny, he could not turn down the request.

The flight was in party mode. Sam de Silva and Upali Mahanama – the fathers of Aravinda and Roshan were leading the bailas.

“I was extremely tired as the captain. I had done the flight to Lahore with eight ministers on board. Then I watched the game straight away after the flight and wanted to sleep because I had to take the flight back, but Sidat (Wettimuny) and Duleep (Mendis) were knocking on the door asking whether the team could fly back home that night,” the pilot recalled.

“I said I can’t. I had a full load of passengers. Fortunately, some of these ministers’ wives and other businessmen’s wives stayed back to do some shopping. So we took the team on board,” Wettimuny added.

“But I tell you that was one flight we cheated on the load sheet. I don’t know how they did it, but there was a disco on board. I remember coming to Colombo and making an automatic landing because I was so tired to do the landing myself. The Tri-star was a beautiful plane and it was a real good journey. I came onto the apron, parked the aircraft and saw this massive crowd and wondered, “Oh my God!” I was wondering how to get out of the airport,” added Wettimuny.

“Every controller knew that the World Cup was on board. So normally you have to find an airway, but they gave me shortcuts to Colombo so that I could take the team home fast. Every controller sent congratulations. It was so nice. I still remember a Pakistan Airlines flight waiting to take off before us but they said, ‘Air Lanka, you go first. You are cleared to take off. It was fantastic,” Wettimuny said.

“I heard Arjuna and the guys were stuck on the road for eight hours before they went home. Poor guys, they were exhausted. People don’t understand it because they wanted to celebrate and the players didn’t disappoint the fans,” recalled Wettimuny.