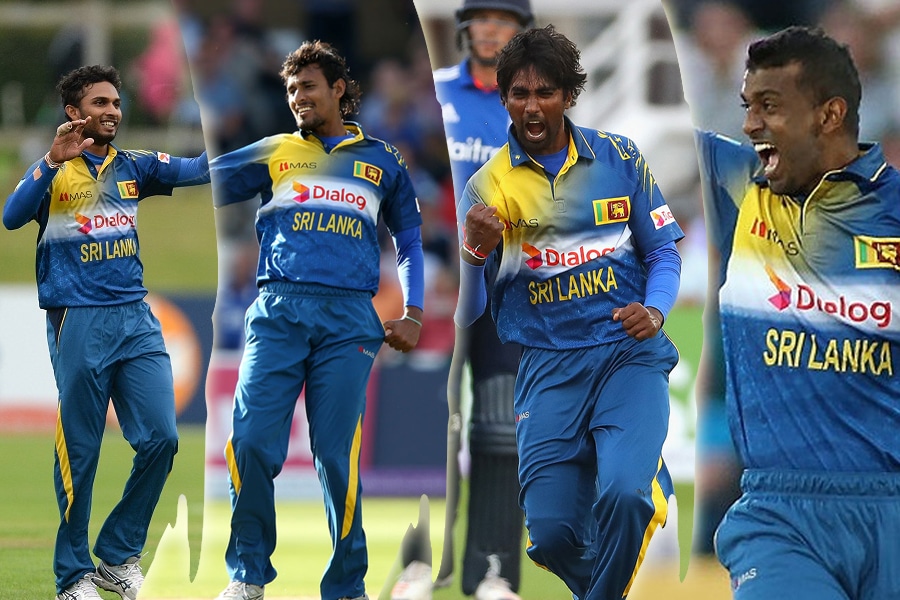 Sri Lanka traveled to Trent Bridge for the 1st ODI after two easy victories in Ireland. The selections were predictable, priority being given to the batting and not to the bowling.

It wasn’t a surprise that the think tank went with Farveez Maharoof and Seekkuge Prasanna as bowlers at no.8 and no.9 and only Suranga Lakmal and Nuwan Pradeep as frontline, wicket taking bowlers. This reminded me of last year’s World Cup match between SL and Australia where SL similarly went with only two frontline bowlers and got hammered and ended up conceding 376 to eventually lose the match.

Apparently the lesson wasn’t learnt as the management continues to go with only 2 frontline bowlers with the rest of the overs being made up by half bowlers.

Kusal Mendis joined his namesake at the fall of the 1st wicket and they had a lightning quick partnership bringing up the 1st 50 in the 8th over. Mendis’ positive mindset towards batting is a welcome addition and adds a new dimension as Lahiru Thirimanne’s defensive attitude always put more pressure on the other batsmen.

It was an aggressive partnership between the two Kusals but unfortunately a leading edge for Perera ended the stand and Mendis soon followed. Sri Lanka went from 50/1 to 56/3 and the pressure was on the captain and his deputy.

Mathews and Chandimal were cautious and they took their time building a partnership. Chandimal missed the glance shot many times, trying to play the ball too far away from his body rather than waiting for the ball. Mathews on the other hand tried to hit the ball too hard, he needs to work on playing the ball fine between the keeper and fine leg. In my opinion he is at his very best when the ball is old and it’s ideal for him to bat at no.6.

Prasanna being the pinch hitter failed as a batsman in his first 25 ODIs but found his touch in the 2nd ODI against Ireland and it was a welcome change to Sri Lanka’s plans, as they usually struggle to get going during the middle stages of the innings. However, the real issue is that pinch hitters are rarely consistent, it’s a flash in the pan and their shot selection is nearly always bad. Take for example Prasanna’s dismissal. It is not wise to label Prasanna as a pinch hitter and let him bat freely. It would be a better option for him to learn to play a long innings, improve his back foot play and also learn to rotate the strike in order to become  a consistent lower middle order batsman in limited overs cricket.

Upul Tharanga is out of place at no.6/7; Milinda Siriwardena would have been a better option as he’s got the big shots to accelerate in the end overs while also being a more than useful bowler.

It was heartening to see Dasun Shanaka playing like a top order player. An average of 38 in first class cricket with four hundreds, he has the ability to play a long innings unlike Thisara Perera.

Mathews ended with a 109 ball 73 and given the conditions this innings looked slow with a strike rate of 66. Like Virat Kohli, Mathews needs to look for gaps and get more two’s and three’s to increase his strike rate and to avoid accumulating dot balls.

Goonetilake, Mendis and Prasanna have the unhealthy habit of being dismissed between 30 and 60 and they need to learn to occupy the crease to make bigger scores.

There were many big bottom hand players in the lineup which is a rare thing for the team and is great for the future of SL limited overs cricket.

Sri Lanka’s opening bowlers started well, hitting the correct length (back of a length) and were rewarded with 4 quick wickets. Our bowlers were spot on with the length, a feature which was missing in the Test series, and the English team was struggling at 82/6 in the 18th over.

The 138 run partnership between Jos Buttler and Chris Woakes was the turning point of the match. With 14 required off the last over Pradeep bowled 5 excellent deliveries and eventually conceded a six off the last ball to tie the match.

In the penultimate delivery, Woakes played it through to square leg and the fielder, celebrating the fact that the ball had not gone to the boundary, was very slow to the ball, conceding 3 runs and it proved to be the difference between a win and a tie.

In my opinion it is always better to go with 3 fast bowlers with the ability to touch the 135km/h mark regularly. Mathews, Maharoof and Shanaka bowl in the 120km/h range and having two of them bowl 10 overs a piece is just asking for trouble. Maybe if we had one more frontline bowler in the ranks, we could have restricted the English team.