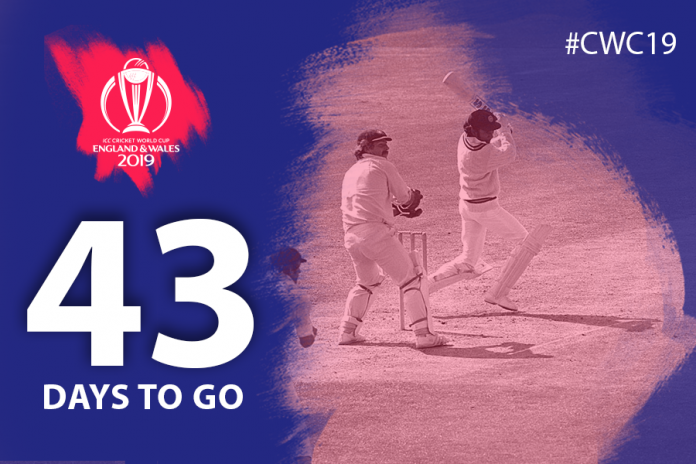 Ramsay Wettimuny, an Engineer by profession, has done some fine work on Buddhism having authored several books. That could be his biggest contribution to the nation although three of his sons went onto represent Sri Lanka in cricket as well. The senior Wettimuny built a private indoor net where his sons could train and then hired the best coaching brain in the country – Bertie Wijesinha to coach Sunil, Mithra and Sidath.

Sidath is the most popular of the brothers, having gone onto post the country’s maiden Test hundred. His 190 at Lord’s was the highest score by a Sri Lankan at the Cathedral of Cricket for 27 years. Sidath and Mithra opened the batting for Sri Lanka in a Test series in New Zealand while the eldest of them all Sunil had his moments too.

A technically sound batsman with an impregnable defence, Sunil entered the record books as the first Sri Lankan to post a half-century in an international match. Opening the batting in the inaugural World Cup in 1975, Wettimuny posted 53 against Australia at The Oval before being forced to retire hurt, having been repeatedly hit on the foot and the chest by Jeff Thomson.

Michael Tissera too scored a half-century in the game but the first to the milestone was Wettimuny.

The guts he displayed, having taken several blows to the body was hailed by all and sundry and as Australian captain Ian Chappell admitted, he was a worried man at one point when the partnership between Wettimuny and Duleep Mendis was flourishing.

Chasing 329 to win, Sri Lanka were 150 for two with the batsmen going along nicely. In a desperate bid to turn things around, Chappell brought Thomson back into the attack and both batters ended up in the nearby St. Thomas’ Hospital as Australia secured a 52-run win.

Sunil would go onto play the next World Cup too and top scored with 67 runs as Sri Lanka stunned a strong Indian side, beating them by 47 runs. Sadly, that was the last time the cricket world saw Sunil as he opted to concentrate on his professional career.

A pilot with Air Ceylon, Wettimuny was having trouble getting regular leave from the company to concentrate on the game  of cricket and he had to make a choice between the sport and profession and he chose the latter, like many others who played in the early days.

After Sri Lanka were granted Test status in 1981, Wettimuny was the obvious choice to open the batting with Bandula Warnapura and was a leading contender for the Test captaincy but professional commitments kept him away.

In a last bid to play Test cricket, he did approach President J.R. Jayewardene, whom he had known personally as he had served as President of both the SSC and Board of Control for Cricket. The President, however, was reluctant to grant his request maintaining that it would set a bad precedent.

Having been the subject of a barrage of Jeff Thomson bouncers that forced him to retire hurt, Sunil was lucky to see Sri Lanka going onto teach the Aussies a few cricketing lessons two decades later. He flew the chartered flight to Lahore that had been hastily arranged to take several dignitaries to witness the World Cup final and then flew the World Cup winning team back home.

Across two World Cups, Sunil managed to play three games and has an enviable average of 68.

One of the senior pilots in the country, Sunil retired recently and now resides  in Germany.