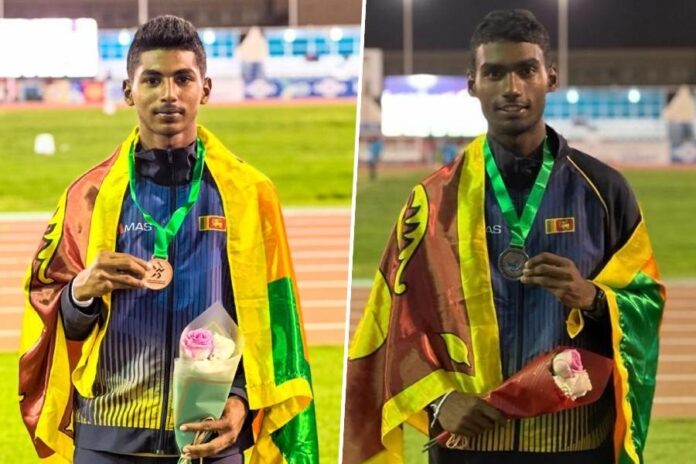 Five Sri Lankan junior athletes managed to finish on the podium at the 4th Asian Junior (Under18) athletic championship held in Kuwait.

Sri Lanka sent a contingent of 8 athletes for the competition which consisted of 5 male and 3 female junior athletes.

The two high jumpers representing the country at the competition, Deneth Anuhas and Lesadu Atharvidu mirrored the performance of their quarter-miler teammates when they managed to secure another double podium for the country securing Silver and Bronze in the Men’s high jump. Deneth secured silver clearing 2.01m while Lesadu was placed third clearing 1.97m.

Earlier in the competition Nethmi Madushika Herath who competed in the Women’s long jump was placed 9th with a performance of 5.47m while high jumper Sithuli Sadithya was placed 8th clearing a height of 1.60m.

Today (16th) is the final day of the competition and Sri Lanka’s final competitor. Long jumper Careem is expected to compete in his event today.