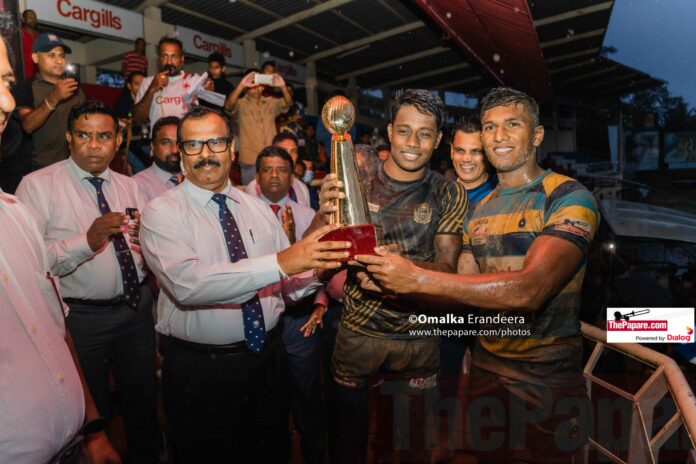 Brilliant D. S. and Vidyartha dominated the Division 1 U19 Sevens Tournament held today at Nittawela Stadium, amidst heavy showers and muddy conditions. At the end of the full time whistle sounding, both teams were tied up at 10-all, and as the rules and regulations were previously formulated, both teams were awarded Champions.

D.S. Senanayake and Vidyartha both came into the tournament as underdogs and punched above their weight class to knock the pre-tournament favorites out of the competition. Isipathana College showed some extra glamour in the group stages as well as leading towards the knockout stage.

The day started off with Isipathana beating Dharmaraja in the first quarter-final. Vidyartha then defeated Wesley the same way, followed by St. Josephs defeating their arch rivals St. Peter’s. However, the match of the morning was between Royal and D. S. Senanayake as D.S. defeated Royal 17-12.

The Shield quarter-finals panned out as follows:

The Shield semis were as follows: