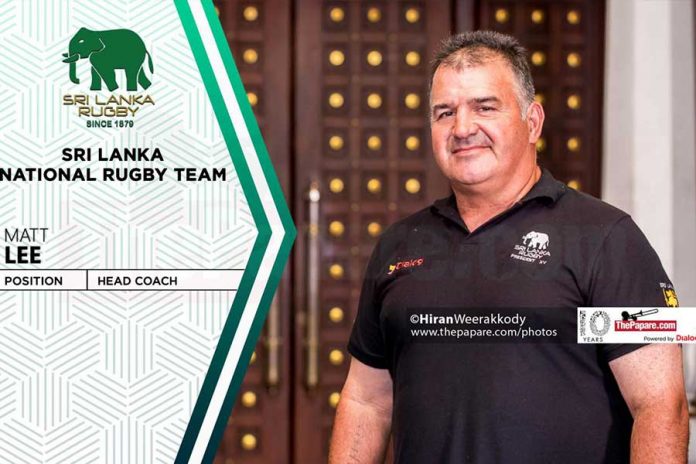 Sri Lanka national fifteens coach Matt Lee has been appointed as national sevens coach for the men’s team ahead of the Asia Seven Series that will kick off at the end of August this year.

The position for national sevens coach was vacant after former head coach Peter Wood’s services were discontinued after the 3rd leg of the Asia Sevens Series last year. Under Woods Sri Lanka finished 5th in the final leg and 4th overall failing to qualify for the World Series qualifiers.

The former Wellington national coach Matt Lee was in charge of the national fifteens set up earlier this year and piloted a young team to Chinese Taipei for the Asia Division I Rugby Championship in June.

The team lost to the Philippines in the first game but recovered to win the 3/4 playoff against Chinese Taipei 72-17.

With exactly a month to go for the Asia Rugby Sevens Series, the responsibility lies on Lee to look at what Sri Lanka can bring out when they take flight to Korea for the 1st leg of the Asia Sevens Series.

With only two sevens tournaments played in the last two months, it will be a tough task for the coaching staff to get the players groomed for the shorter format of the game.

The inter-club 7’s and the Mercantile 7’s saw the likes of Reeza Raffaideen, Kavindu Perera and Srinath Sooriyabandara coming up the ranks and a 29-member pool was shortlisted by the national selectors headed by Rohan Abeykoon.

The 29-member pool which also included under 23 talent will soon be trimmed to 15 persons ahead of the 1st leg that will kick off the 31st of August 2019.

With Sri Lanka national sevens skipper, Sudarshana Muthuthanthri not making the squad, the selectors and the coach will also have to decide on a new captain for the 2019 season.

Read NEXT : Who will make the cut for the Asia Rugby U20 Sevens?