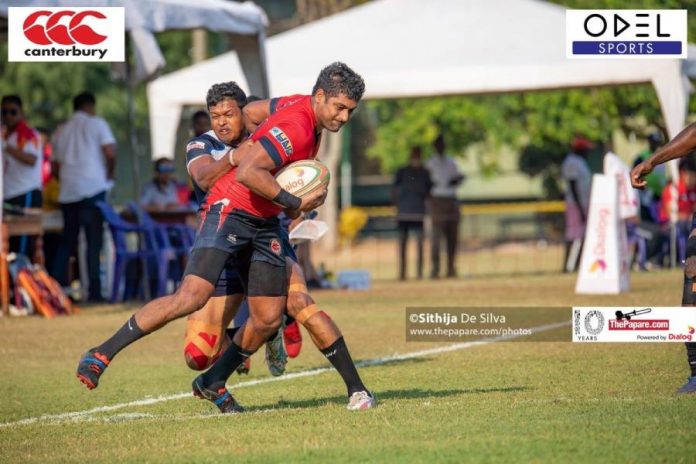 Following unprecedented events that took place last weekend in the Dialog Rugby League, CR & FC has been barred from participating in the tournament until a decision is reached by the disciplinary committee of Sri Lanka Rugby (SLR).

CR & FC, walked away from the game at the 60th minute of play against Police SC citing issues with one of their players who was restricted from playing the game.

The incident saw the match commissioner on duty stopping Omalka Gunaratne from making his way on to the field after the match-day doctor declaring that he was still suffering from highly contagious conjunctivitis.

Following the match, the tournament committee to temporarily halt CR & FC games until a final verdict is given.

Thereby, the game scheduled for Sunday for the Hajji Omar trophy has been postponed indefinitely until the tournament committee concludes the decision.