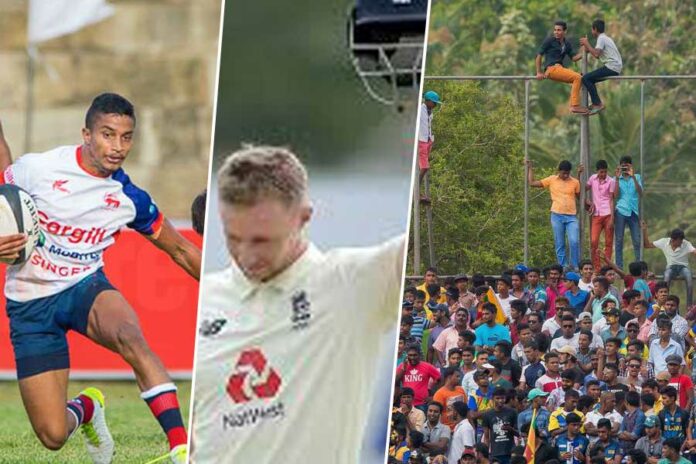 The Minister of Sports, Hon. Namal Rajapaksa speaking at a press briefing this afternoon stated that there would be an opportunity for spectators to watch the upcoming cricket matches. He also stated that discussions are underway with Asia Rugby to host an International Club 7s tournament in the country.

Spectators were barred from making it to the ground owing to Covid19 regulations set-forth by the Ministry of Health in the recently concluded Sri Lanka v England test series.

But with the country slowly returning to normalcy, we can expect the upcoming test series against Bangladesh to be open to spectators.

The two-match Test series is scheduled to be played from the 21st of April to the 3rd of May. Both games will be a part of the ICC Test Championship and will be played in Pallekelle.

The two-match series was initially scheduled to be played in July last year, but the strict quarantine policy during the time led to its postponement.

“I have made a request to allow at least 40-50% of spectators for the Sri Lanka v Bangladesh series. In the future, I believe that we can have sporting events with spectators” added Rajapaksa.

Following the discussions held with the Asia Rugby President Qais Al-Dhalai, the Minister of Youth Affairs and Sports has forwarded a proposal to host an Asia Club Championship 7s tournament in Sri Lanka.

The proposed tournament will see all the leading clubs from Asia participating, and plans are currently underway to see to the possibilities of this tournament happening during the year.

“We are also planning to organize two international events from the Ministry’s end. We’ve had discussions with Asia Rugby, and I proposed to have an Asia Club Rugby 7s in the country with the participation of the leading clubs in Asia,” he further added.