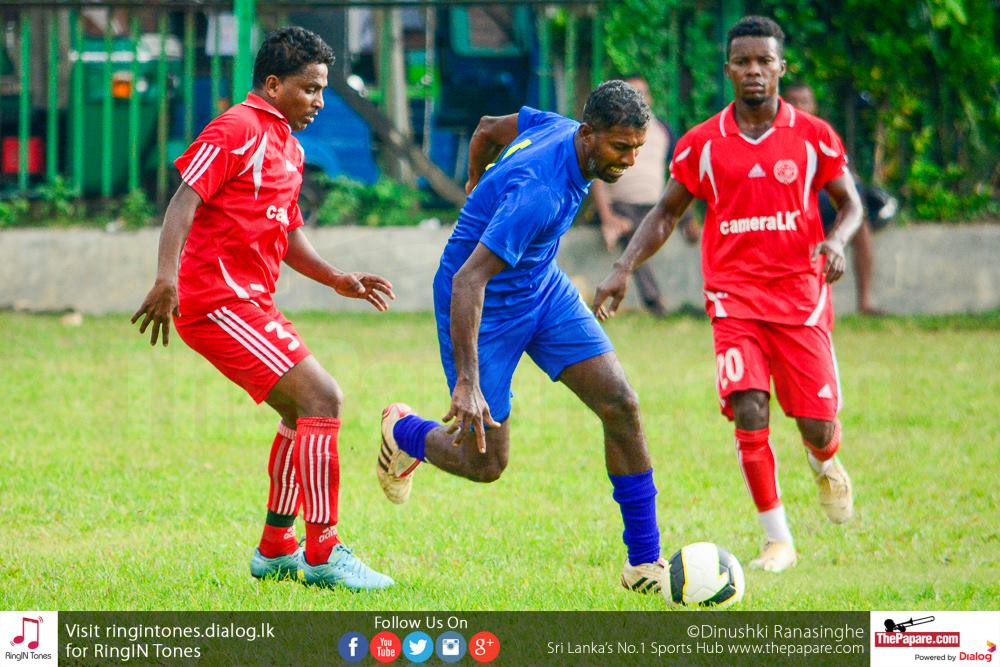 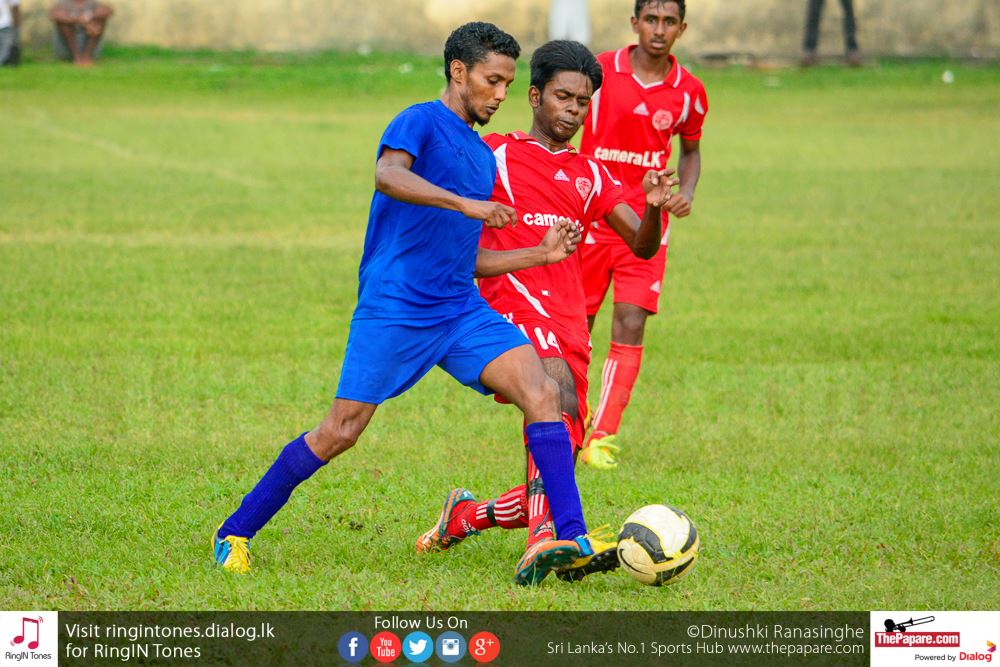 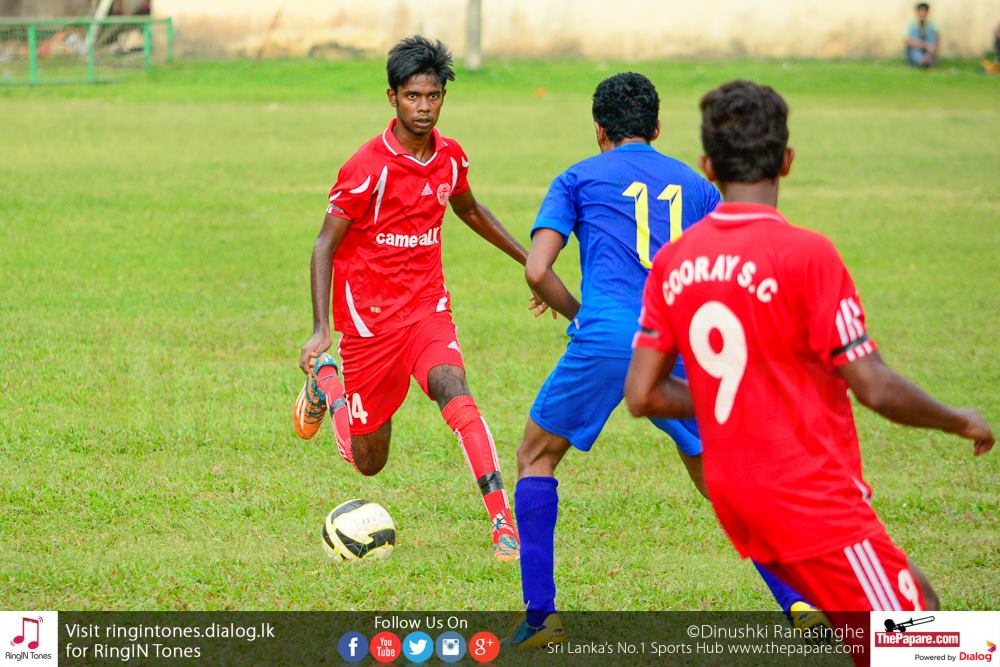 The battle between Cooray SC and Maligawatte SC of the 2016 FA Cup took place at the Cooray grounds; ending in favor of the home team with a score of 1-0.

The hosts’ had tight control over the ball from the start of the match and pushed some aggressive attacking plays over their opponents.

Special mention should be made of No.09 of Cooray SC who played a tremendous game with most of his efforts being clear shots on goal.

He started his trend early on, when he found himself with an easy header to secure the maiden goal but he didn’t put enough weight on the ball and was easily caught by goalkeeper.

Shortly afterwards he got another chance at the maiden goal but this time out too much power behind the kick and missed the goal by a long shot.

While the home team dominated the first half of the match, the guests were falling far behind with no comeback whatsoever.

Due to their lack of ball possession and attacking game plays they were left defending their goal the full 45 minutes.

The Maligawatte goalkeeper was kept busy on his feet throughout this half with no time for breathers.

No.12 of CSC got past all defenders and keeper for a clear shot of goal but his speed caught up with him and missed the side bar by inches.

A lucky yet quite painful save was made by No.4 of MSC right after when the ball was stopped with his bare face.

Finally No.12 of CSC saw a huge opening in the Maligawatte defense line and easily put the ball away for a goal. The goalkeeper had no chance of saving it as he was on the complete opposite end of the goal and was left helpless by his fellow defense line.

With that goal the first 45 minutes of the match ended with Cooray SC in the lead by 1 goal.

Second half proved to be the exact replica of the first half as far as dominance was concerned.

It was rather disappointing to see Maligawatte had made no amendments to their strategy and continued to play defense while Cooray SC continued their attack spree.

Even though their opponents weren’t at their level best this evening, the boys from Cooray SC couldn’t make the most of their golden chances and the rest of the match went on goal-less.

The match ended with just the one goal by No. 12 of Cooray SC sending a very disappointed Maligawatte team back home.