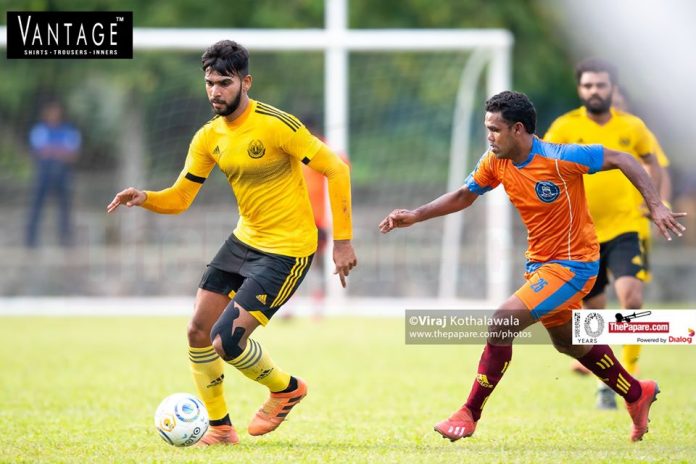 Vantage FA Cup Round of 64 matches were completed today. Further, Round of 32 matches too took place during the weekend.

Round of 64 comprised 32 teams who are the district level champions and 32 Teams from the last year’s tournament who reached the round of 32.

Many of the matches took place at Beddagana Football Complex due to the adverse weather conditions during the last couple of weeks.

Defenders FC who are the current holders have already played their round of 32 tie and beaten Golden Rise SC by 8 goal to Nil. Along with Defenders, last season’s semi-finalists Sri Lanka Police SC and Up Country Lions SC have already booked their place in the round of 16.

Saunders, Civil Security, Blue Star SC and Red Rose too booked their tickets to the Round of 16. The draw for the last 16 will take place on the 17th December at Football House.