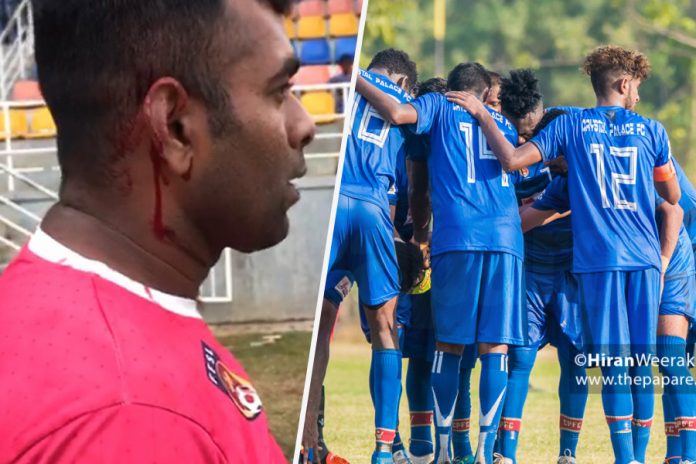 The Football Federation of Sri Lanka (FFSL) has imposed bans and fines on Crystal Palace FC and their secretary after the incident in which Blue Star SC players were assaulted by fans.

The incident occurred on 9th January when Crystal Palace hosted Blue Star in a week 9 match of the Dialog Champions League 2018 at the Jayathilake Stadium, Nawalapitiya.

After the visitors had won 1-0, the fans had gotten into a post-match argument and had beaten up the Blue Star players. At the time there was no security nor police protection allocated at the stadium.

Considering the facts, the FFSL has banned the Crystal Palace secretary M.N. Nazar for three matches and the club has been fined Rs. 25,000/- for failing to make any preventive arrangements for violent conduct by the spectators.