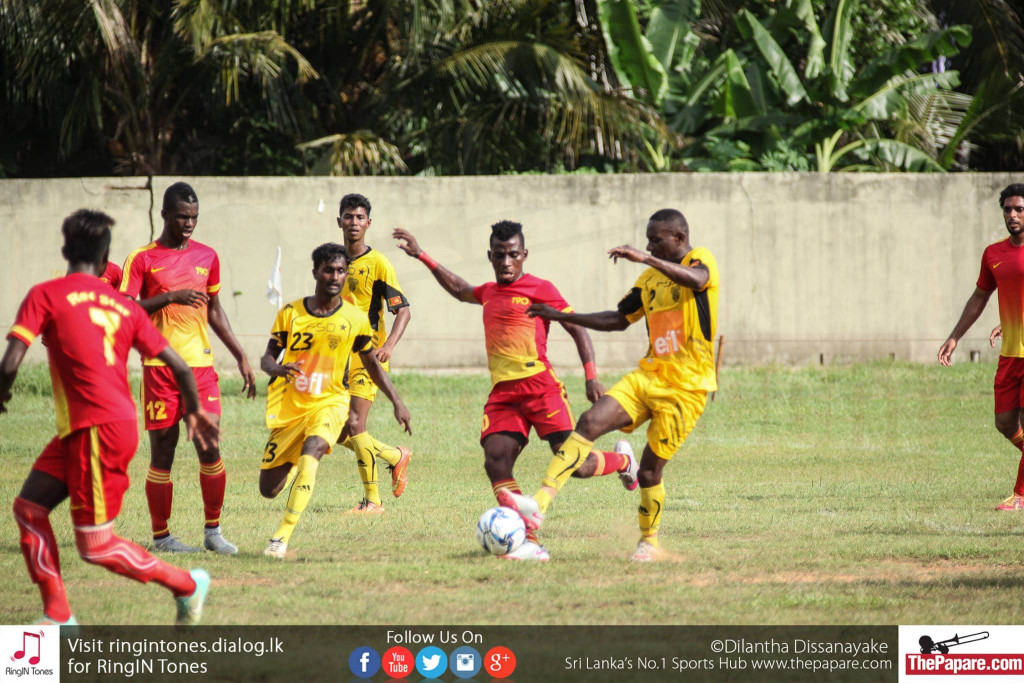 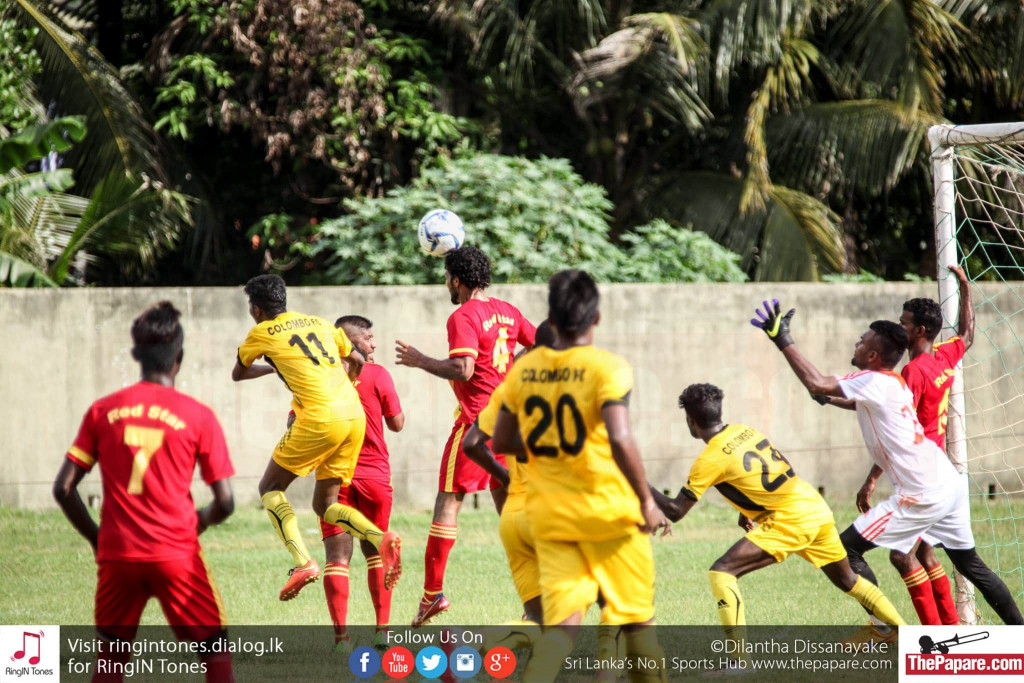 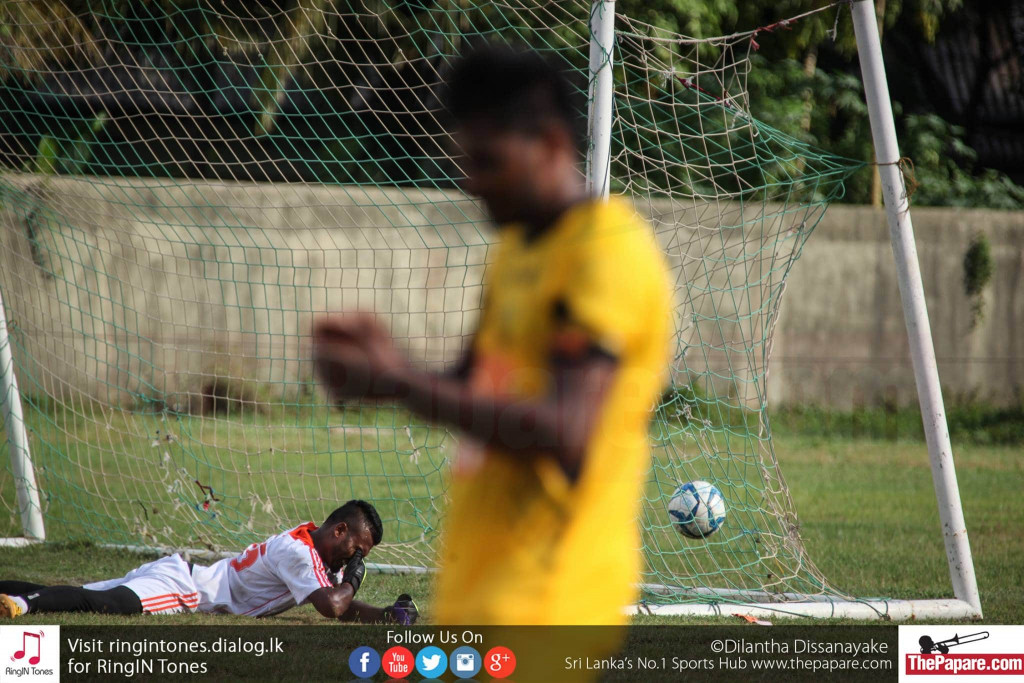 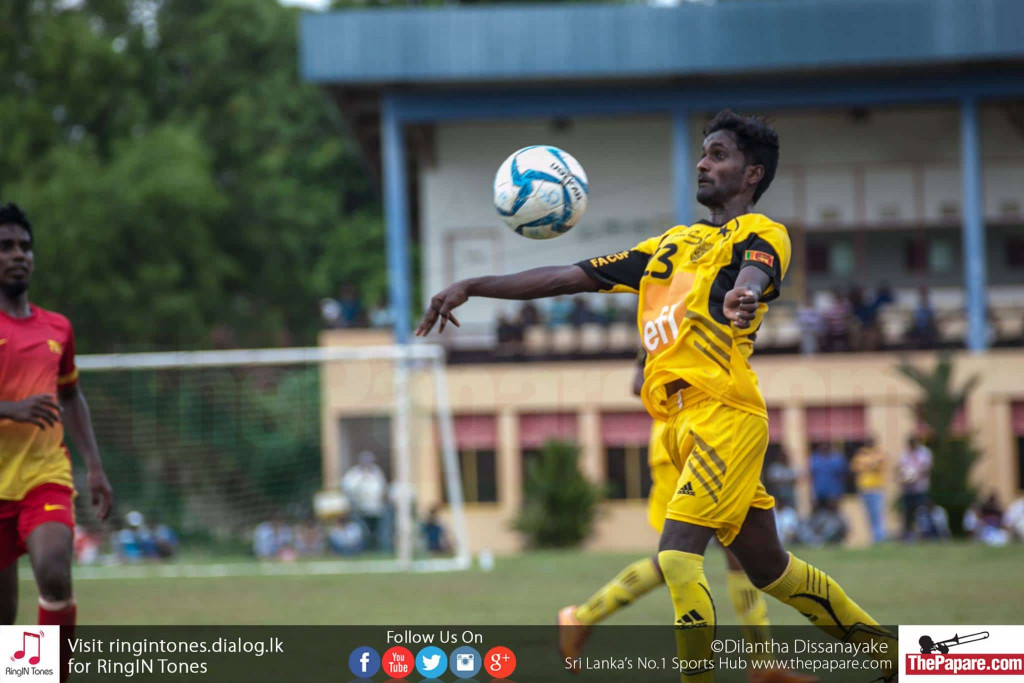 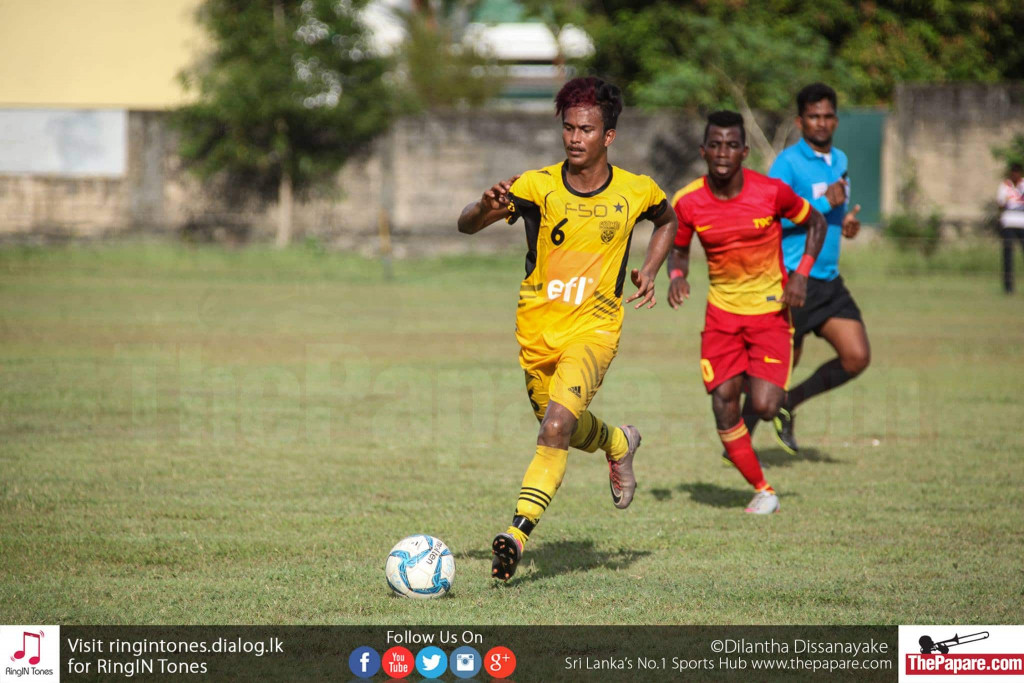 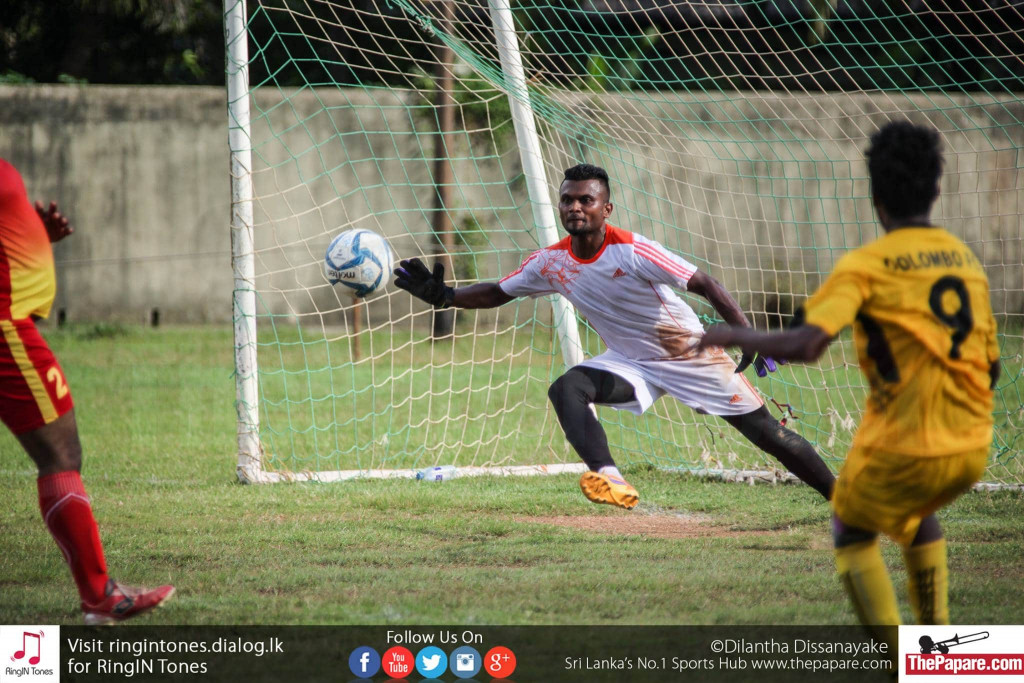 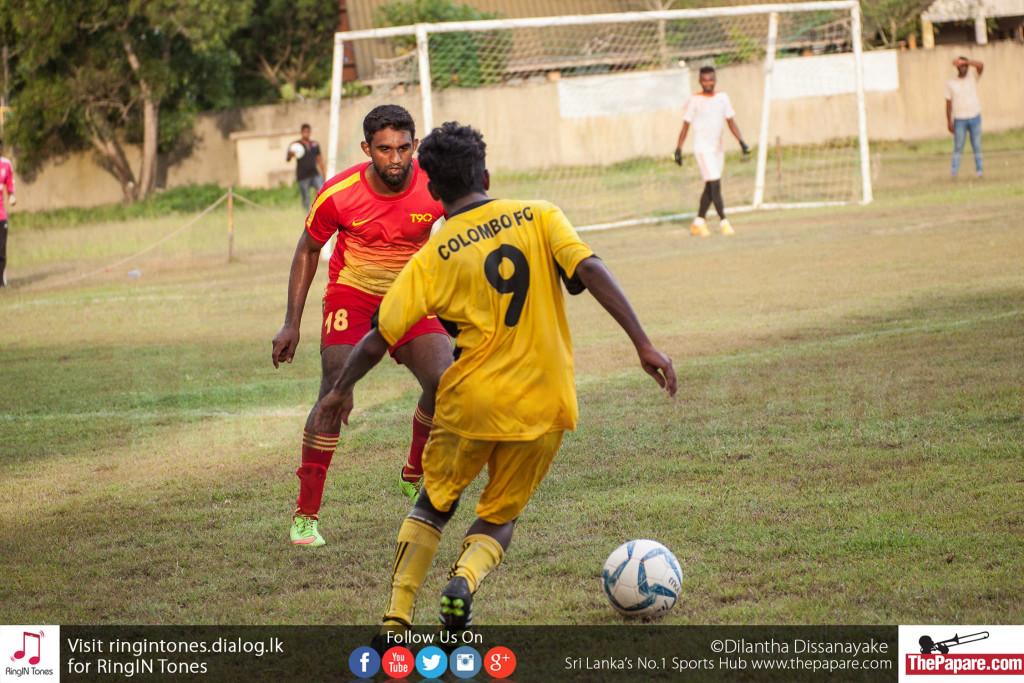 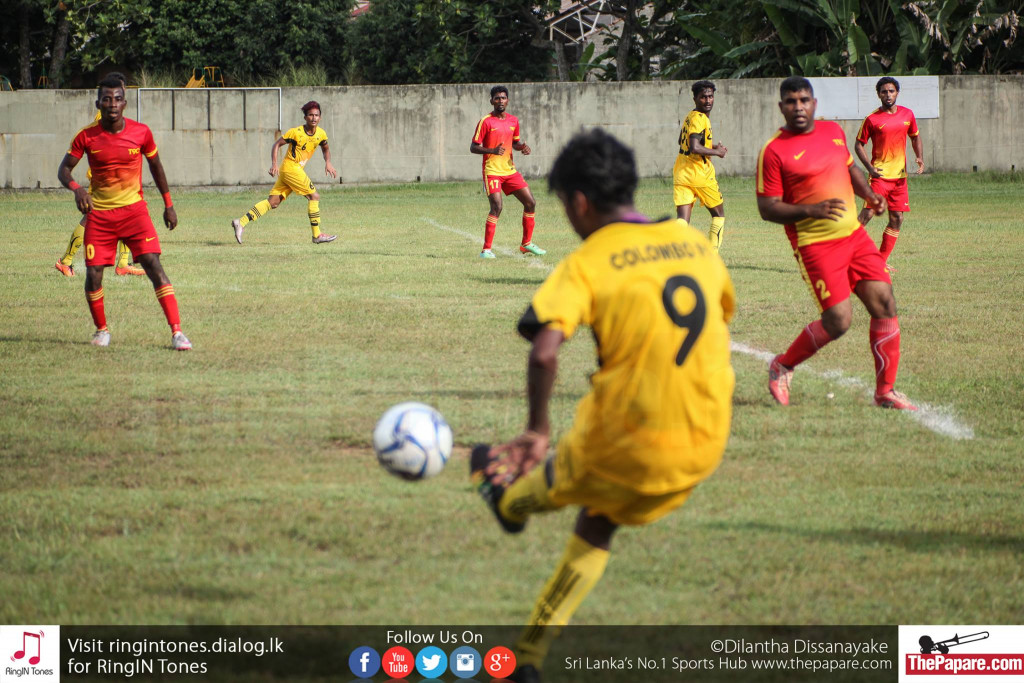 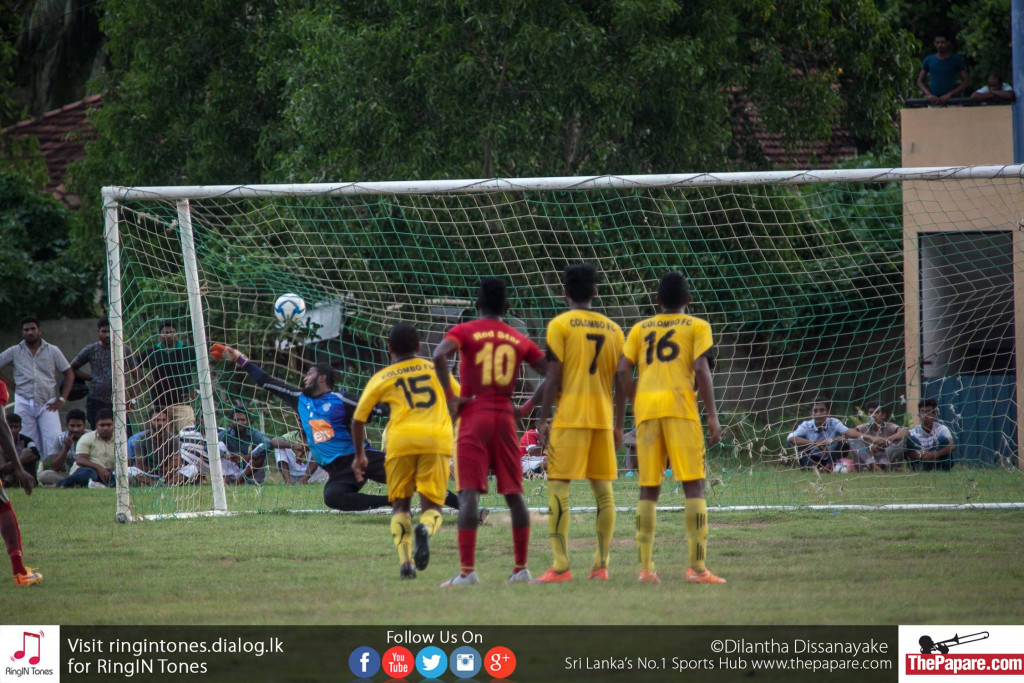 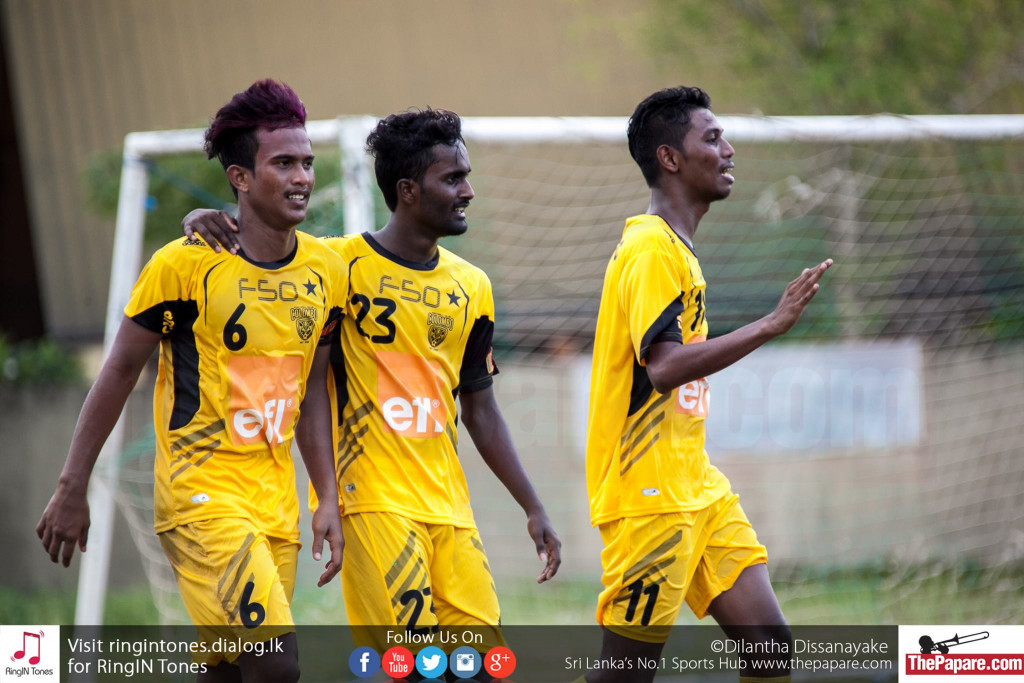 Reigning FA Cup champions Colombo FC had a close shave against Red Star SC to win 2-1 in the Round of Last 32 at the Vernon Fernando Stadium, Kalutara.

Colombo FC who were competing in this year’s tournament for the first time were without Mohamed Ramees and Bodrie Dimitri while Red Star looked to make the biggest upset of the round.

Ramees is also the coach of Red Star, the Division I side, and was left out from the match day squad by Colombo FC coach Mohamed Roomy. In his place Tuan Rizni joined Mohamed Rizni and the visitors were lucky not to be down by at least two goals in the opening few minutes with Mohamed Rahuman and Mohamed Afrar missing chances.

Colombo FC were under the pump as Red Star buoyed by the home support kept attacking against a rather toothless attack of Colombo FC. Afrar had the ball in the back of the net midway through the first half but he was deemed offside by the linesman.

Momas Yapo fouled Henry James on the edge of the box and it needed a diving save from Mohamed Imran at his near post to deny Rahuman from scoring from the resulting free-kick.

As the half went on Colombo FC slowly but surely came back into the match with Zarwan Johar firing a weak effort and Raumi Mohideen’s effort tucked away for a corner. Then Zarwan executed an audacious scissors kick from a Niran Kanishka cross but the shot was brilliantly saved by the Red Star goalkeeper.

However against the run of play Colombo FC got the vital goal to settle the nerves through the unlikely source of Momas Yapo. Yapo got hold of a partially cleared Vikum Kumarasiri cross, turned two defenders and shot with his weaker left foot which somehow wrong footed the goalkeeper whose dive was in vain.

Just before half time Kanishka’s powerful pile driver was punched away as the half came to a close with the visitors leading 1-0.

Red Star kicked off the 2nd half the same way as the 1st but the stout Colombo FC defense held firm long enough for Zarwan to double the lead.

The industrious, last year’s Sri Lanka U19 skipper, Danushka Madushanka started off the move where Ahamed Shazny found him inside the box from a through ball and the cross by Madushanka found an unmarked Zarwan who calmly headed home the second on the hour mark.

Madushanka was everywhere in attack and defense, and almost provided another assist but Kanishka was unable to connect his header from inside the box.

Will Ramees play or coach?

With less than 10 minutes to a needless foul inside the box by the visiting defender gave a life line to the impressive Red Star S, which Rahuman grabbed it gleefully to make it 2-1 and set up an intense final few minutes.

Colombo FC survived those nervous minutes in front of a raucous crowd to book a place in the pre-quarter final.

“This is their home ground and they played well. This ground is somewhat unlucky for me and my team. And the ground conditions aren’t suitable for the way we play. Dimitri is a big loss but we have to cope without him and defend the title,” Roomy added after the match.

PSG look for Cavani to step forward in Ibra absence –...