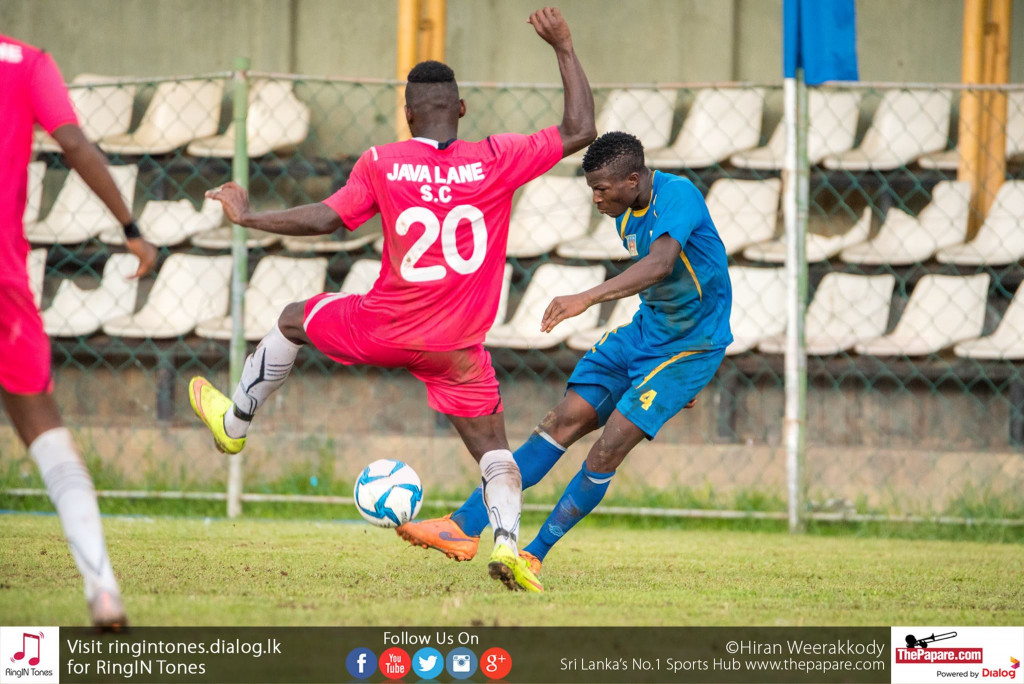 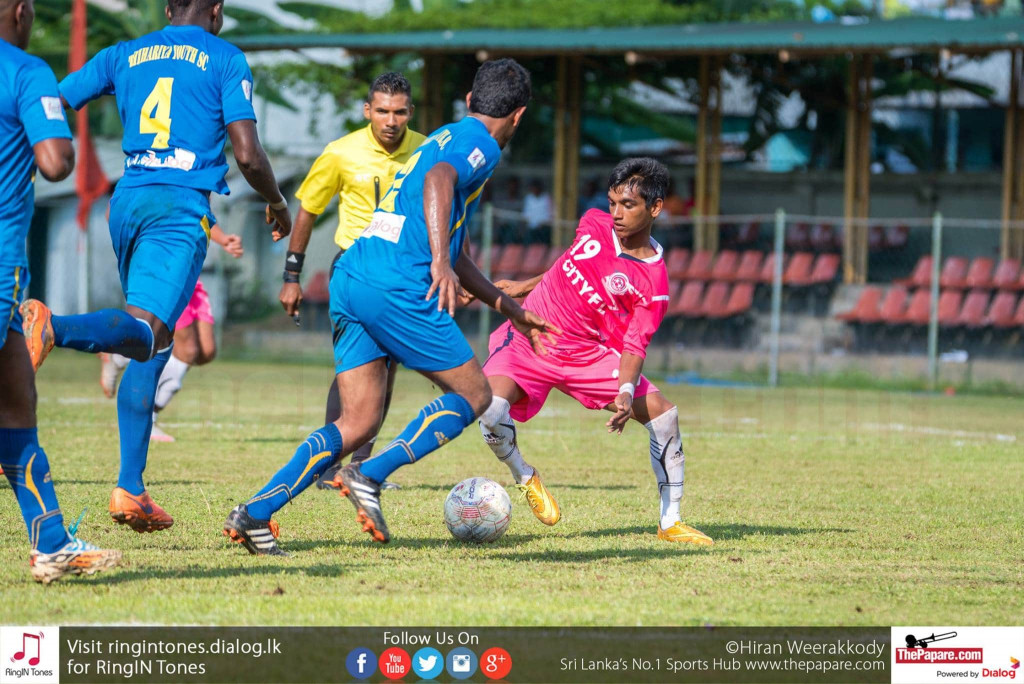 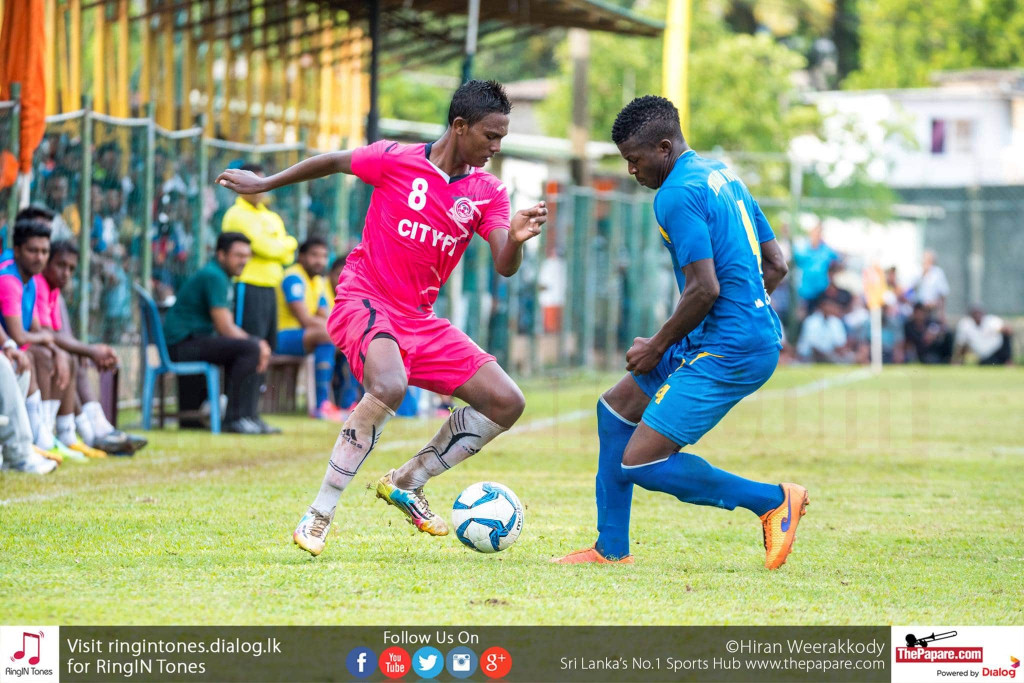 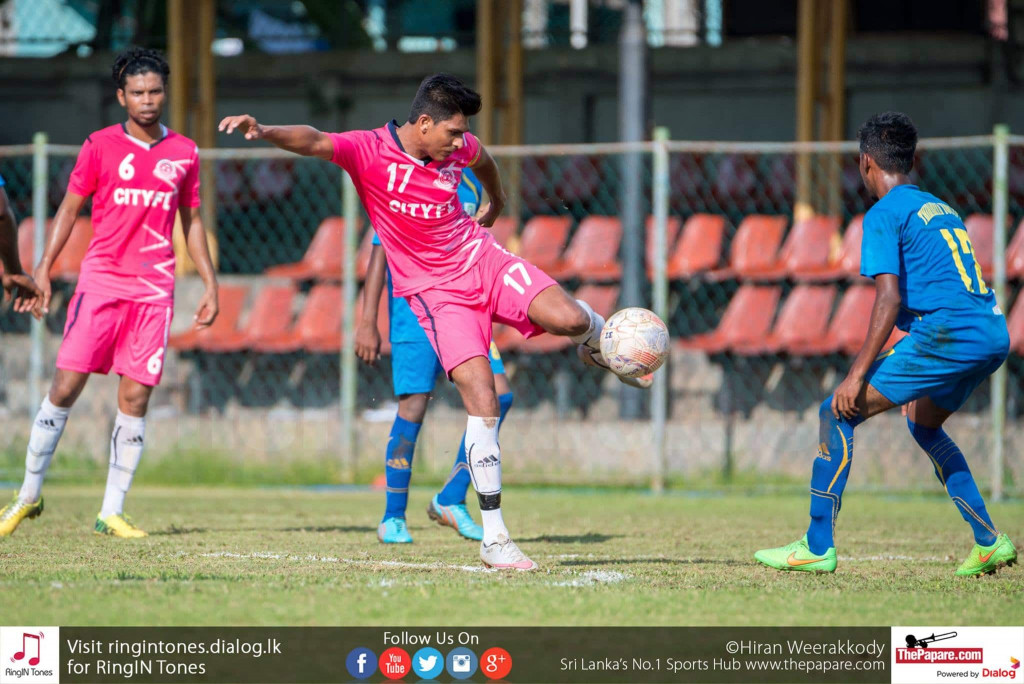 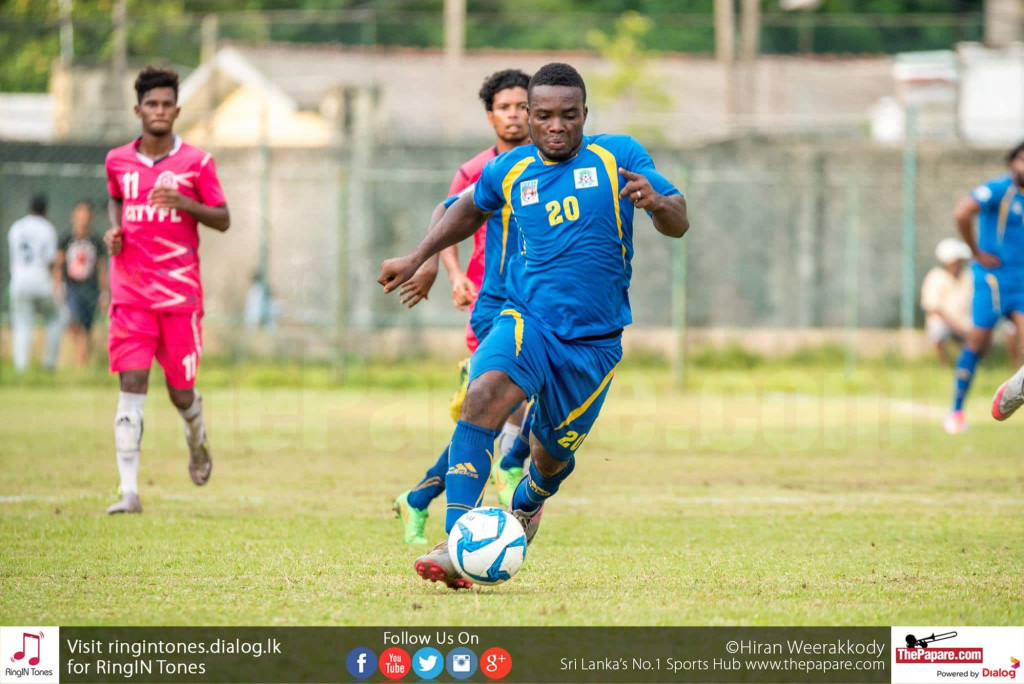 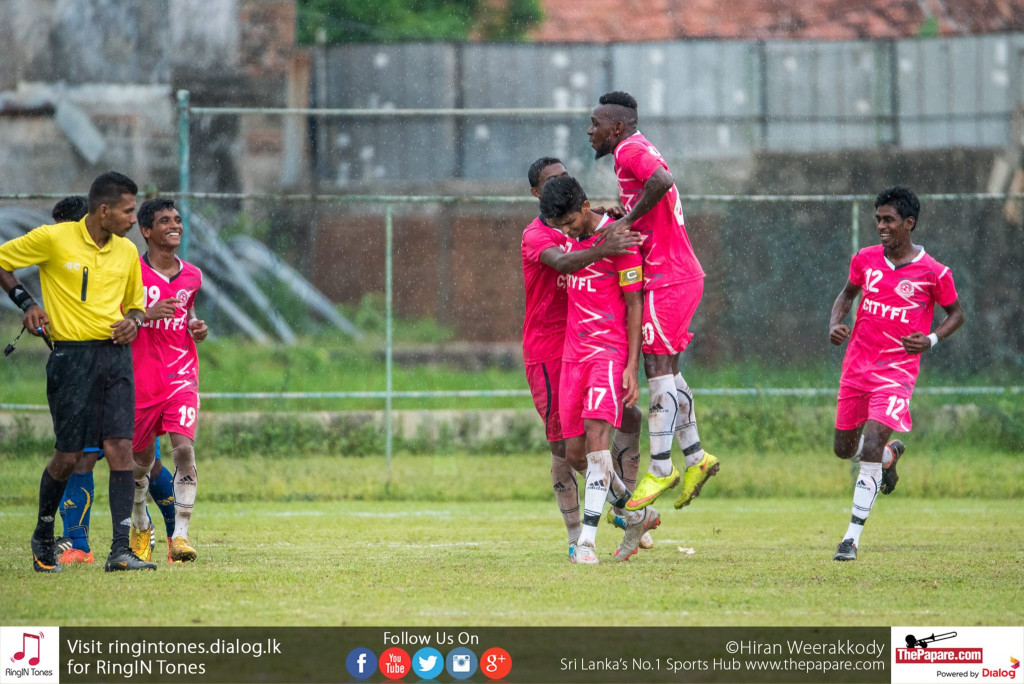 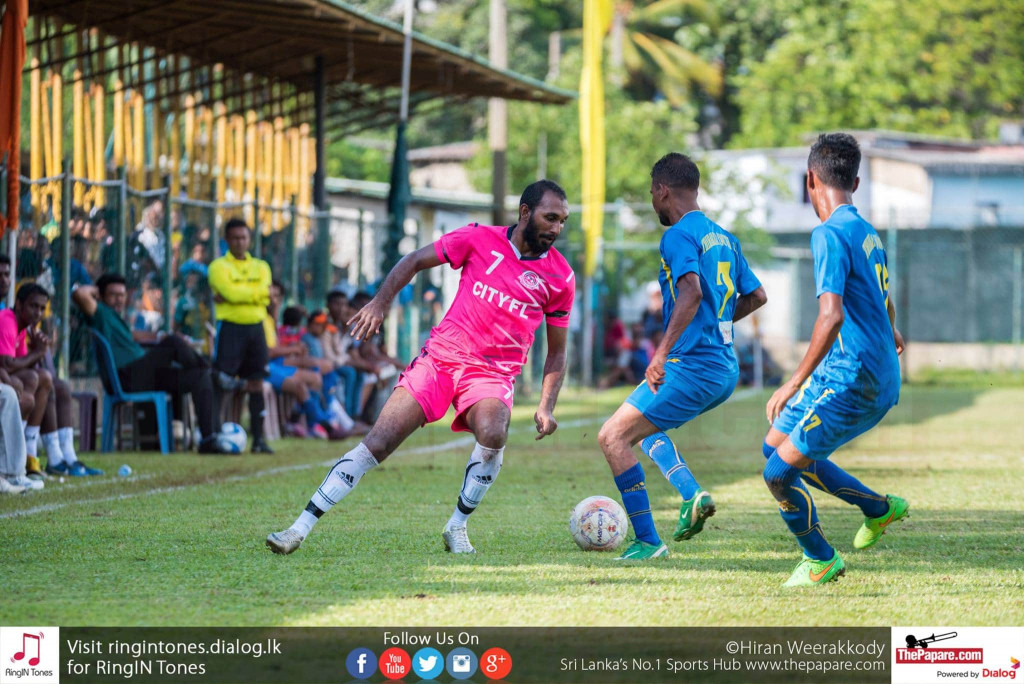 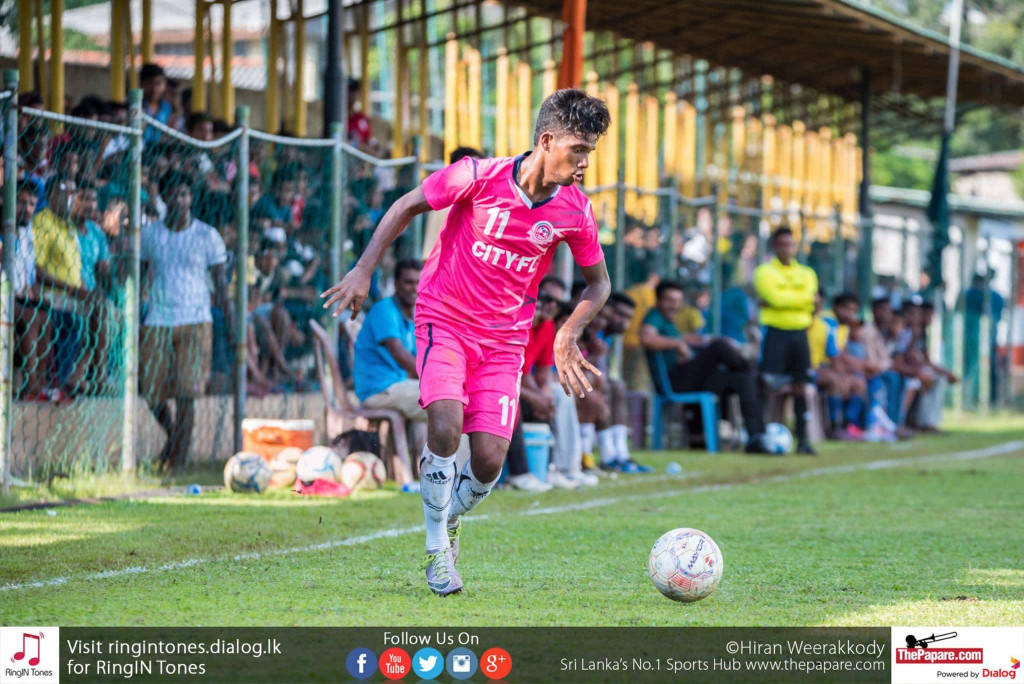 Java Lane SC’s young strike trio of Afam Akram, Naveen Jude and Mohamed Shabeer created havoc as they defeated Thihariya Youth 4-1 in the FA Cup Round of Last 32, at the City Football Complex.

Java Lane were without their experienced strikers in Malaka Perera and Rizkhan Faizer, out with injury while Thihariya Youth were looking forward to a winning start after the disappointing Champions League campaign.

However it was not to be as Java Lane got off to a perfect start when Mohamed Shabeer scored as early as in the 8th minute.

Shabeer then had the chance to double the lead but shot straight at the goalkeeper Mohamed Masood and the rebound effort by Afam Akram was flapped away for a corner.

Java lane dominated play and pinned Thihariya Youth in their own half but were unable to make the chances created count until the 29th minute when the veteran Janaka Chaminda brilliant dribble and cut-back gave Naveen Jude an easy goal.

Chaminda danced down the left towards the byline, going past three defenders and cut across the goal where he found Jude inside the six yard box, who side footed with class to the far post.

Just minutes into the 2nd half, Jude’s wonderful awareness created the third goal for Slave island lads. In the 53rd minute Jude intercepted a free-kick pass in the danger zone and made his way into the box and crossed it to the far post and found an unmarked Shabeer who calmly slotted it past the goalkeeper.

With nothing to lose, Thihariya Youth came to life mid-way through the 2nd half with P.T.Maduaburuchi took advantage of a defensive mix-up but could only fire the ball just past the far post much to the agony of his teammates.

M.O.Patrick’s effort was smothered by Java Lane custodian Dammika Senarath but was helpless as another defensive mix-up let A.K.Callistus through one on one with the goalkeeper and scored to make it 3-1 in the 67th minute.

Callistus spurned a golden chance from inside the six yard box with the goal at his mercy when Patrick crossed the ball which evaded the goalkeeper but Callistus was unable to get a touch on it.

Towards the end the match got heated with Thihariya Youth clearly showing their frustration but the hosts skipper Mohamed Aleem buried the game in injury time with an exquisite pile driver from 30 yards out which foxed the opposing goalkeeper and into the net making it 4-1.

He then set up Jude for a volley from the edge of the box but the brilliant effort bounced off the crossbar as the referee blew for full time.