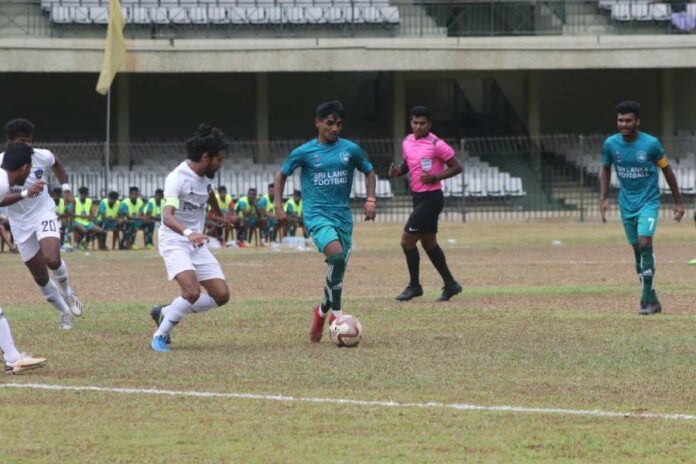 Naveen Jude scored a hat-trick as Western Province defeated a depleted Uva Province 4-0 at the Bogambara Stadium in Kandy.

Naveen opened the scoring in the 19th minute when he got on the end of a delightful through ball from Aman Faizer, and slotted it past the on-rushing goalkeeper Mohamed Riflan.

Naveen doubled the lead two minutes into first half injury time, when he was once again set free from a through ball and scored past Riflan.

Four minutes into the 2nd half, Naveen had his third, expertly heading in a Shehan Liyanapathirana cross. The 64th minute saw Shishan Prabudda make it 4-0, a thunderous screamer from 25-yards out leaving Riflan with no chance of getting to it.

Southern Province needed a goal deep into injury time to defeat Central Province 1-0 at the Jayathilake Stadium in Nawalapitiya.

Both teams looked scrappy in the first half, while Southern had a goal disallowed for off-side. It needed the last kick of the game in the 90+3rd minute for Southern to find the winner through A.D.C. Madthupriya.