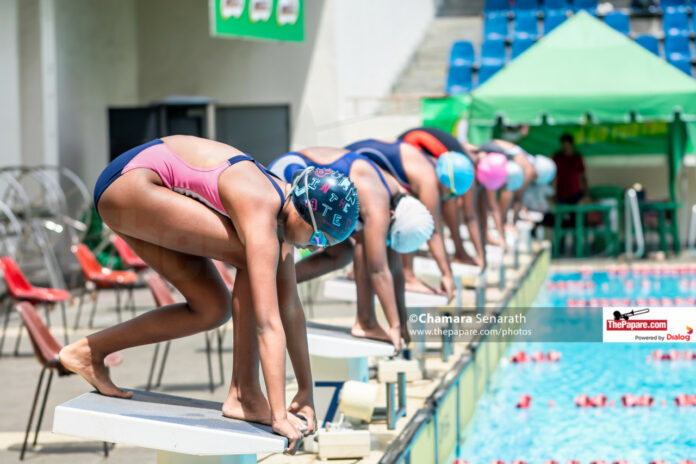 At the end of day 02, after the girls swimming competition of the 14th Annual Sri Lanka Schools All Island Age Group Novices Championships 2022, Bishop’s College, Colombo won the overall girls’ championship with a total of 79 points.

Bishop’s College was able to win the championship with a team of 20 swimmers and under the guidance of Head Coach Thejaka De Silva.

Out of the 50 girls’ schools that participated, Sangamiththa Balika Vidyalaya, Galle was the runner-up in the competition with a score of 60 points. Last time champions, Visakha Vidyalaya finished overall 7th.

The individual championships for the Under 14,16 and 18 age groups were won by,