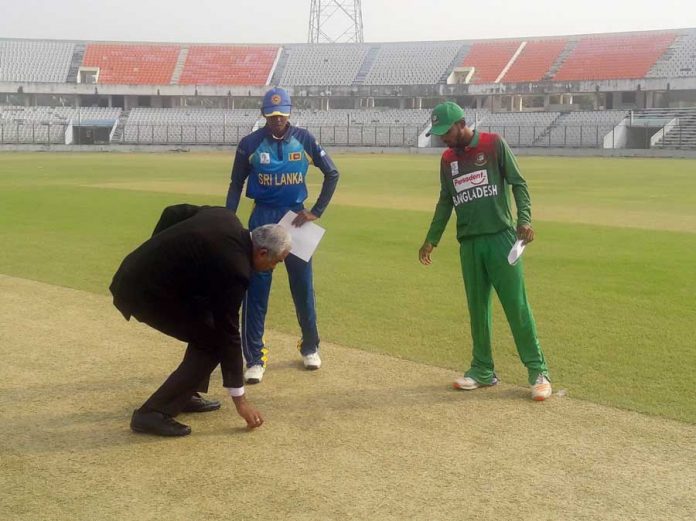 The Bangladesh U19 Cricket team will arrive in Sri Lanka this Saturday for a month-long tour of the island.

The tourists are set to play 2 Youth Tests and 5 Youth ODIs against U19 Asian runners-up Sri Lanka, starting with the 1st Youth Test on the 16th of this month at the NCC Grounds.

Both teams are fresh from the U19 Asia Cup which concluded in Bangladesh last Sunday where India U19 beat Sri Lanka U19 in the final to claim the title.

The two teams did face off against each other in the tournament opener which Sri Lanka U19s won by 6 wickets with 73 balls remaining.

The Bangladesh U19 team will be playing their first Youth Test since they last played one in 2015 which was incidentally against Sri Lanka U19, in Pallekele. The match ended in tame draw while the 2-match series too ended in a nil-all draw.

The matches are scheduled to be played in Colombo, Katunayake and Dambulla while the visitors are set to depart on the 10th of November.

Stay logged on to ThePapare.com as we bring you exclusive previews, photos, videos, reports and reviews of this exciting tour.

Video- Akila Dananjaya looks to take wickets all the time –...