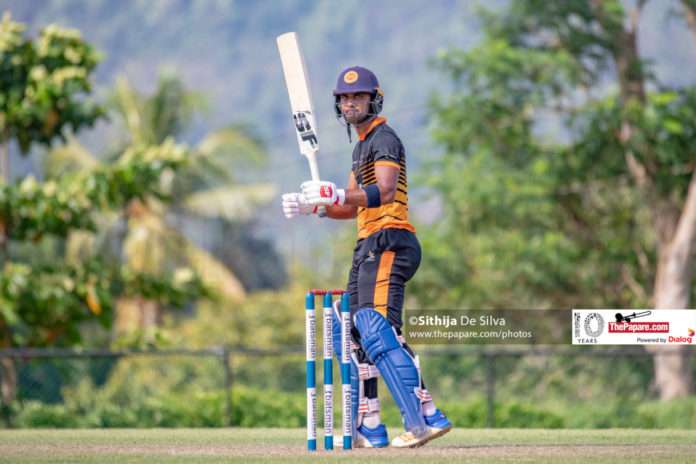 The final day of the group stage of Army Commanders League was worked out today at Dombagoda Sri Lanka Army Ordinance Corps Ground.

The skipper of Southern Warriors, Dinesh Chandimal won the toss and elected to bat first in their decisive final match.

Dinesh Chandimal scored another half-century, carrying the Southerners to 130. Southern Warriors however, could only play 15 overs as the game could no longer be continued due to the rain which interrupted the match and led the two teams to share points.

Eastern Warriors skipper Asela won the toss and elected to bat first in the 16-over shortened game.

Western Warriors needed to win this game to qualify for the finals but failed to do so by 7 runs. Eastern Warriors compiled 131 in the 16 overs thanks to rapid knock by Kusal Mendis (44) and Sandun Weerakkody (30).

No one in the Western Warriors was able to fire as they could only muster 124 and finished at the 3rd place at the points table.

Southern and Northern Warriors secured the top 2 positions of the Points Table and qualified for the final on 17th October.