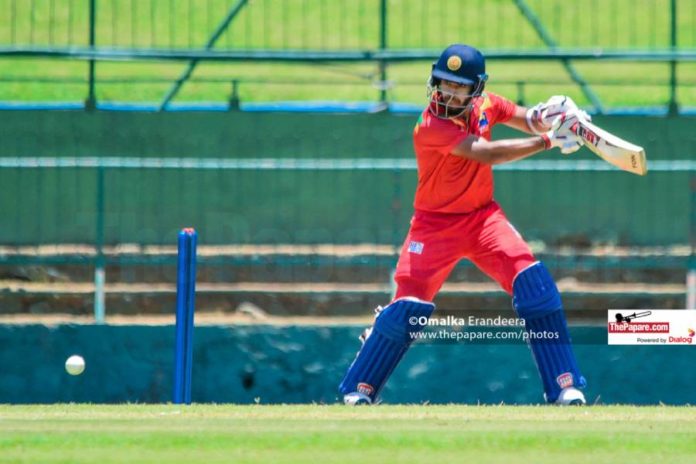 The 4th day of the Army Commanders League was worked out today at Dombagoda Sri Lanka Army Ordinance Corps Ground, as the Western Warriors and Northern Warriors managed to win their respective matches.

The Skipper of Southern Warriors, Dinesh Chandimal, won the toss and elected to bowl first.

Western Warriors opener Avishka Fernando contributed in rich form again as he struck a 38-ball 56 – his 3rd 50+ score in the 5 innings. The Westerners managed to pile 175 at the end of 20 overs but table toppers Southern Warriors could not even play out the 20 overs in their chase. Skipper Chandimal was the only one who made an impactful innings as the other failed to get going. The Southerners were all out for 120 as they dropped down from their position of first of the points table.

Kusal Mendis, who hit 3 centuries including a double ton in the recently concluded Tier A Major Club tournament, added another century against the Northern Warriors today. His unbeaten knock of a 66-ball 113 included 11 boundaries and 5 sixes. However, he did not receive support from the other end as the team could only reach 166/5.

In the reply innings, national caps Seekkuge Prasanna and Dasun Shanaka played vital roles as both scored half-centuries, taking the Northerners to a 2-wicket victory in the 20th over.

The last 2 games of the group stage will be played tomorrow (11) at the same ground.