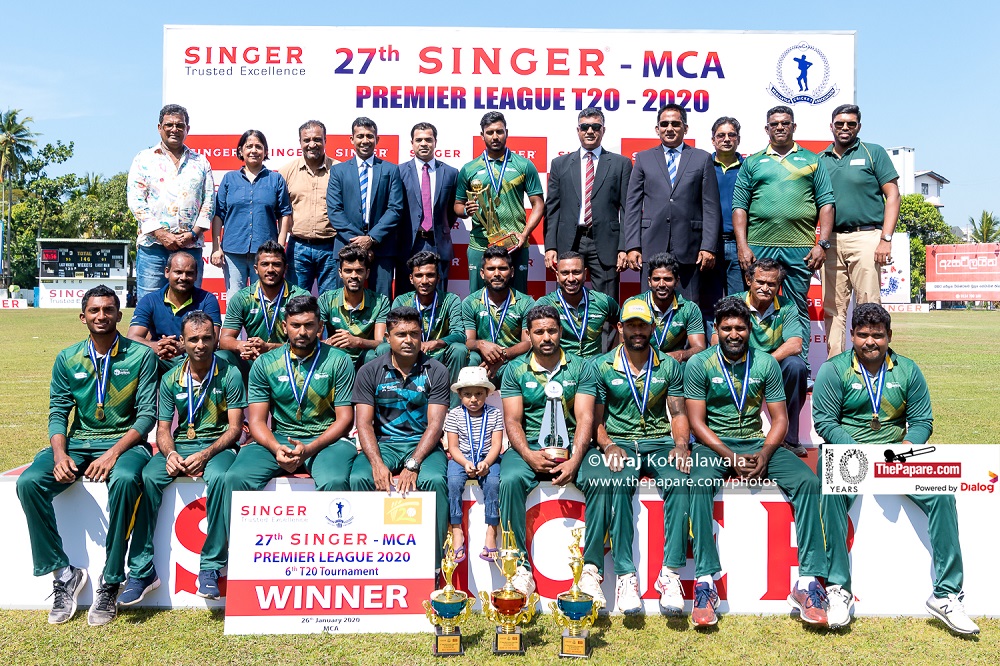 Hayleys who stayed unbeaten throughout the group stage in the MCA Premier League T20 Tournament, continued their golden run to emerge champions when they defeated a fancied MAS Unichela outfit by six wickets.

Hayleys won the toss and elected to field first on a small playing outfield at the MCA ground in Colombo today (26th January). They got off to a dream start with Unichela losing four wickets in the power-play including the key scalps of Kusal Perera and Danushka Gunathilaka. Unichela took their time in the middle overs before Wanindu Hasaranga joined Kamindu Mendis as the duo upped the ante. Mendis fell for 35 before Hasaranga too fell in the next over for 42. From looking like they were well on course to make over 160 runs, they crashed to 145 all-out with Lahiru Samarakoon doing the bulk of the damage.

The Hayleys reply was full of drama as skipper Avishka Fernando opened their account with a six before falling soon after. Ron Chandraguptha’s stability at number 3 proved to be the difference as he guided the run chase with an unbeaten half-century.

One of the most eye-catching incidents of the game was when Dammika Prasad fell on to an advertising board – trying to field the ball – before hitting a concrete soon after. The drama continued to unfold when Hasaranga dived into an advertising board before the game was put on hold. After lengthy discussions and the removal of a couple of boards, play resumed with Sachithra Serasinghe in good form for Hayleys making a quick-fire 33. Samarakoon also hit a quick-fire 21 at the top of the order, as Hayleys got home with over two overs to spare.

Chandraguptha remained unbeaten on 55* following on from his unbeaten 39* in the semi-final against Sri Lanka Cricket Emerging.