Home Hockey Can Royal recommence dominance or will the Thomians have the final say? 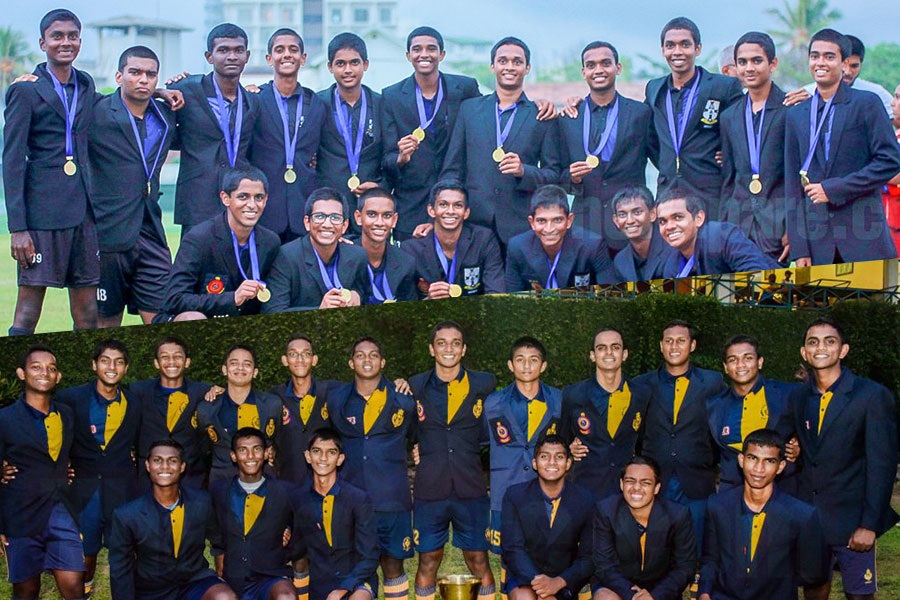 The most anticipated stick-off in the schools’ hockey calendar, the Royal – Thomian Hockey Encounter 2019, will come alive on the 10th of November at the Astro Hockey Turf in its 19th edition.

One win each at the 2018 TPT Hockey Carnival with…

The Orville Abeynaike Trophy was proposed by the Warden of S. Thomas’ College, Mount Lavinia and has turned into an annual event involving the stickers of both schools.

The Orville Abeynaike Trophy was donated by the family of the late Mr. Orville Abeynaike, who was an old Thomian and had the distinction of playing cricket for S. Thomas’ in 1941, 1942 and 1943. He joined the staff of S. Thomas’ in 1959 and served his alma mater faithfully until 1981. He was also the sub warden of S. Thomas’ College as well as the coach and master in charge of cricket and hockey for almost two decades and produced some of the most exceptional sportsmen in that era.

Although the encounter between the two schools dates to the 1960s the official encounter for the Orville Abeynaike trophy was introduced in the year 2000 and the series has produced some outstanding games. The encounter was dominated by the Thomians early on, until Royal made, what seemed like, a permanent come back in 2007.

Since then the Abeynaike trophy made its home in Reid Avenue for 10 years until the last encounter when Thilina Dela and his men snatched the Trophy away for the Thomians.

Royal College got off to a stellar start to the year, winning the U19 Schools’ Western Province Hockey League. Beating S. Thomas’ in the group stages and thrashing St. Peter’s College, they went on to win the first schools’ league for the year.

The Royal College Stickers have competed in 3 Schools Encounters this year. What’s impressive is that they’ve managed to remain victorious through all three. The first, saw them traveling to Kandy to beat Trinity College on home soil 1-0 to bring the J.C.A Corea memorial trophy to Reid Avenue.

Next came the Royal dominance over a helpless Kingswood College outfit at the 12th Lennie De Silva memorial trophy. In a record high 10 goals to 1 result, Royal College retained the Trophy.

This year, the team is led by 3rd year coloursman Uchitha Wasudeva who has played in the first XI team since 2016. He is joined by equally experienced Induwara Ranathunga who will take on duties as the vice-captain of the side.

Their long-term sensei, Mr. Rohan Dissanayake and assistant coach Mr. Shaheed Kuthubdeen will mentor the team to win back the Trophy.

Much like their counterparts, S. Thomas’ College have had a perfect record this season. They have had 3 Schools’ encounters and emerged victorious in all.

Competing in the TPT Hockey Carnival, St. Thomas’ College managed to defeat the Hockey team of Trinity College and St. Peter’s College to take home the title. They also clashed against their own from St. Thomas’ Matale earlier this month.

The Colombo side achieved a 1 – 0 victory in the first XI clash. The most thrilling showdown so far for the team was their win against Trinity College in the 15th Dr. Neville De Alwis Shield.

The team is led by 3rd year coloursman and experienced campaigner Devmal Palapathwala who’s currently on his 7th year in the first XI. Palapathwala also represented Sri Lanka in the Under 18 Asian Schools Hockey Games in 2017 and was the vice-captain of the Colombo Schools’ Team 2018.

Bodh Mathura who is a 3rd year coloursman, playing in his 5th year in the first XI, will take Palapathwala’s ‘six’ and lead the team as Vice-Captain.

Mr. B.L. Perera, Mr. Bandara and young Chula Wanigasooriya will take on reigns as the coaching staff for this encounter.

The 19th Orville Abeynaike Hockey Encounter will come alive on the 10th of November from 2:00pm onwards, at the Astro Hockey Turf. The U16 Junior match will kick off proceedings making way for the Old Boys Match which will commence at 3:00pm. This will be followed by the main event, the 1st XI Match.

Keep it logged on to ThePapare.com for LIVE coverage of the U19 encounter from 4:15pm onwards!