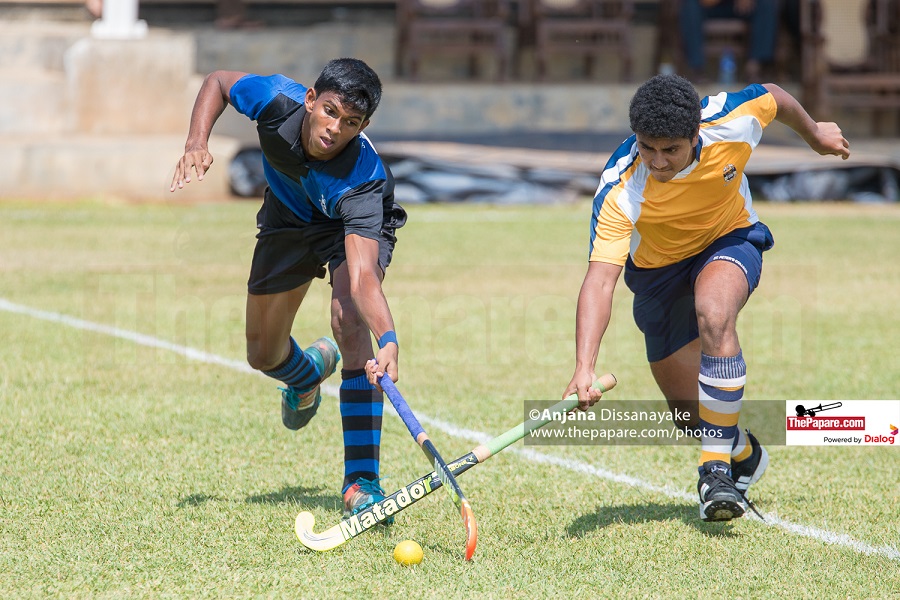 
Click here for Photos of the TPT Hockey Encounter 2018

The tournament that was played in Kandy last year was moved back to Colombo for this years’ proceedings, and was a day filled with exciting Hockey action all around.

A league tournament by nature, the S. Thomas’- St. Peter’s – Trinity Hockey carnival was an initiative brought out by the old boys of the three schools to maintain and strengthen ties between the institutions.

Last years’ hosts, Trinity College Kandy got off to a brilliant start to the tournament, dominating the two junior age groups at the start of the day. With St. Peter’s knocked out, Trinity managed to reach the final of the Under 14 event against S. Thomas’, and was triumphant with a score line of 1 goal to 0.

St. Peter’s fighting back, got their redemption in the Under 16 event while booking their place in the final against the Trinitians. The game was as close as it could be, scores drawn at full time as well as at the whistle of extra time. After a grueling showdown in the final few minutes, the Peterites came out victorious grabbing a slim yet deserving win.

The final clash of the main event, the Boys Under 19, was between S. Thomas’ and St. Peter’s; The game kicked off on the edge of bad light.

A valiant effort by the boys from Bambalapitiya went in vain at the end of the 4th quarter whistle, as the Thomians celebrated a one goal up victory amidst cheers of their home court support.

St. Peter’s College dominated the senior categories of this years’ TPT Hockey Carnival, winning all three of the veteran events. They were unstoppable in the Under 30, Under 40 and Over 40 events, taking home all three championship titles.