Home Hockey Royal ready for another decade of dominance 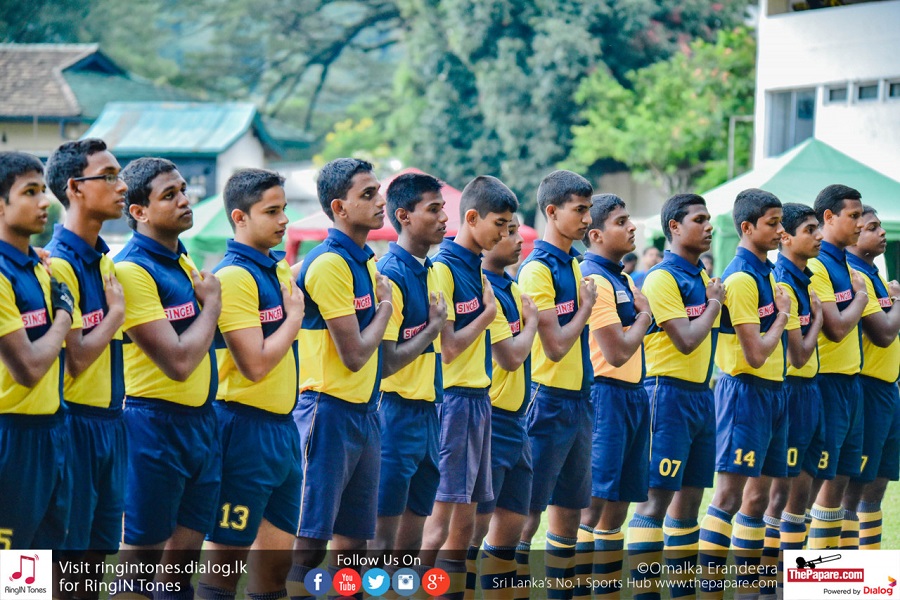 With confidence and finesse, the Royal College Hockey team readies itself for the 29th Orville Abeynaike Hockey Encounter scheduled to stick off on the 10th November at the Colombo Astro Hockey Turf.

The encounter between the two schools dates back to the 1960s; however, the official encounter for the Orville Abeynaike trophy was introduced in the year 2000 and the series has produced some outstanding games. The Thomians dominated the early encounters but a decade long dominance by Royal (2007 – 2016) has seen them take the edge in the overall tally.

Last year, the Royalists faced a disappointing turn around, losing the Trophy to Mount Lavinia, in an epic 3-1 battle. This year, a fresh team powered by a few seniors will hope to make it Royal’s day on the field.

The team is led by Uchitha Wasudeva, an experienced 3rd year coloursman who will play in his 3rd 1st XI side. Playing Center Half, Wasudeva will be the gut of the team, balancing both the offensive and defensive lines.

Matching Wasudeva’s accolades is Induwara Ranathunga who will lead the team as the Vice-Captain for the year 2018. Taking his place as the Full Back, Ranathunga will play lead in the Royal defense line.

2nd Year coloursman and with ample experience in the Schools Hockey circuit, Sachithra Malshan will be the playmaker in the goal-hungry forward line for the Royalists.

2018 has brought nothing but Gold for the boys from Reid Avenue as they won the U20 Western Province Schools’ League to kick off the year. They even beat out S. Thomas’ in a Group stage clash and defeated St. Peter’s College in the final to take home the silverware.

Royal sticks have competed in 3 other schools’ encounters against Trinity College, Kingswood College and Wesley College leading up to the all-important Royal – Thomian. They have been able to hold the J.C.A Corea Memorial Trophy, Lennie De Silva Memorial and the Dudley K.G. De Silva Trophy in their custody, proving the teams’ clear dominance.

Captain Uchitha Wasudeva remains certain that his team is ready to win back the coveted Trophy and return it to its rightful place at Reid Avenue.

“A strength that has always been present with Royal Hockey is immense teamwork and team chemistry. And as for our expectations, we are ready to begin another decade of dominance for Royal College in this encounter.” Skipper Wasudeva said ahead of the encounter.

The encounter is aimed at increasing the comradery and fair play between the two fine institutions, as are most encounters. Sharing his thoughts on the fast approaching encounter, Royal College long-term mentor Mr. Rohan Dissanayake had this to say,

“The team should be commended for their performance this year. S. Thomas’ will also be coming in with high morale from their win from last year, so it will be an interesting clash to watch. Even though our main goal will be to win back the Trophy, I hope the comradery and the fellowship traditions between the two schools grow and that this year too, we will get to witness a well-disciplined match.”

The 19th Orville Abeynaike Hockey Encounter will come alive on the 10th of November from 2:00pm onwards, at the Astro Hockey Turf. The U16 Junior match will kick off proceedings making way for the Old Boys Match which will commence at 3:00pm. These will be followed by the main event, the 1st XI Match.

Keep it logged to ThePapare.com for Live coverage of the U19 encounter from 4:15pm onwards!