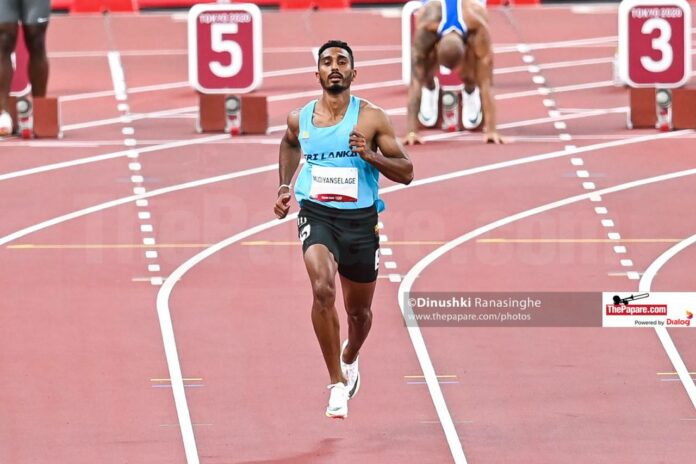 Sri Lanka’s Yupun Abeykoon competed in the 100m finals of the Diamond League on 16th June in Oslo, Norway and was placed 5th with another impressive timing of 10.16s. (+0.5m/s).

Abeykoon who is currently the fastest man in South Asia, had to battle it out against a tough opposition in the competition, namely, Andre de Grasse, Reece Prescod and Akani Simbine who have all run sub-10 seconds previously.

Olympic medalist De Grasse won the competition with a seasonal best of 10.05s while Prescod came just 0.01s behind to grab the Silver. 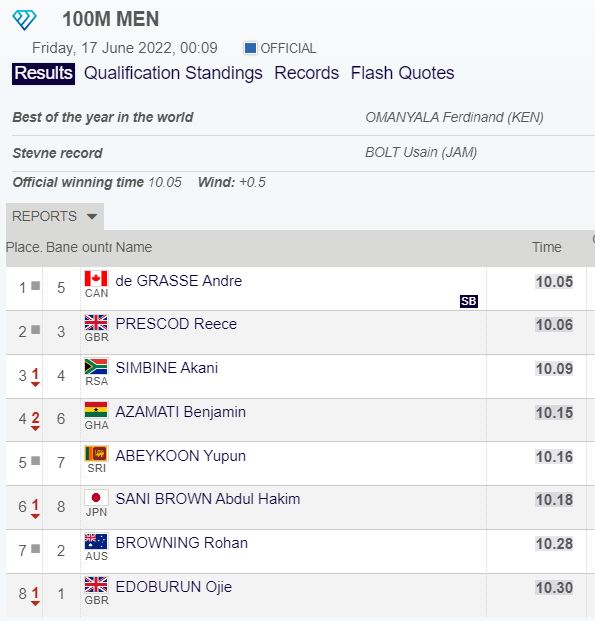 This run by Sri Lankan athlete will be registered as his best performance in terms of ranking points as he will gain 1282 points for this performance. His average performance score will increase to 1239 now (before 1218).

Abeykoon is currently placed at 41st in ‘Road to Oregon’ Rankings which is a list maintained by World Athletics to determine the qualification for World Athletics Championships 2022 which will be held in the USA from 15th -24th July. He needs to be in top 48 to book his seat for World Championship on 26th June (Cutoff date).