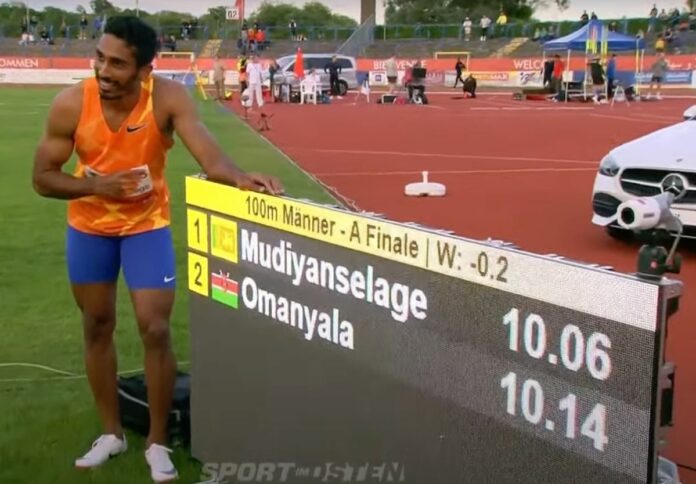 Yupun Abeykoon renewed this own National Men’s 100m record, with a brilliant 10.06s run at the Anhalt 2022: International Athletic Meet in Germany.

The previous record was set by Abeykoon just over a year ago in early May 2021 in Savona, when he clocked 10.15s to claim the Sri Lankan and South Asian record times.

It has been a record-breaking season for the sprinter as he has established some incredible times in the 100m, 150m and 200m over the last month.

Abeykoon took the Gold at Anhalt, despite a below par performance in the heats, where he could only manage a time of 10.30s. Kenyan sprinter and African record holder Ferdinand Omanyala finished second behind the Sri Lankan. Incidentally, Omanyala holds the fastest time globally this season at 9.85s, which he set earlier this month.

Galle; a venue with immense potential