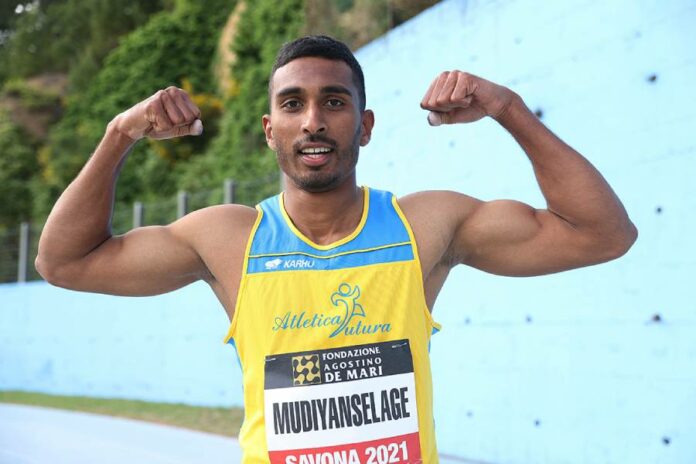 Regarded as South Asia’s fastest man with a personal best of 10.15 secs in the 100m sprint, Abeykoon has now laid claim to the 200m national record which was held by Vinoj Suranjaya since 2018 (a mark of 20.68s).

This record-breaking performance by Abeykoon comes at the back of a terrific start to his season where he clocked the fastest time recorded in the 100m by Sri Lankan under any conditions, clocking 10.04s (+2.3m/s) on 18th May. Despite this performance not being considered for the record books due to the wind reading being over 2.0m/s, this is the closest any Sri Lankan has come to the 10.00s mark.

Abeykoon’s performance will be a boost to the eager fans of the track and field community with the Birmingham Commonwealth Games fast approaching. They will hope that Abeykoon can end the long drought of a track and field medal since 1998 games where Sriyani Kulawansa and Sugath Thilakarathne won Silver and Bronze respectively.