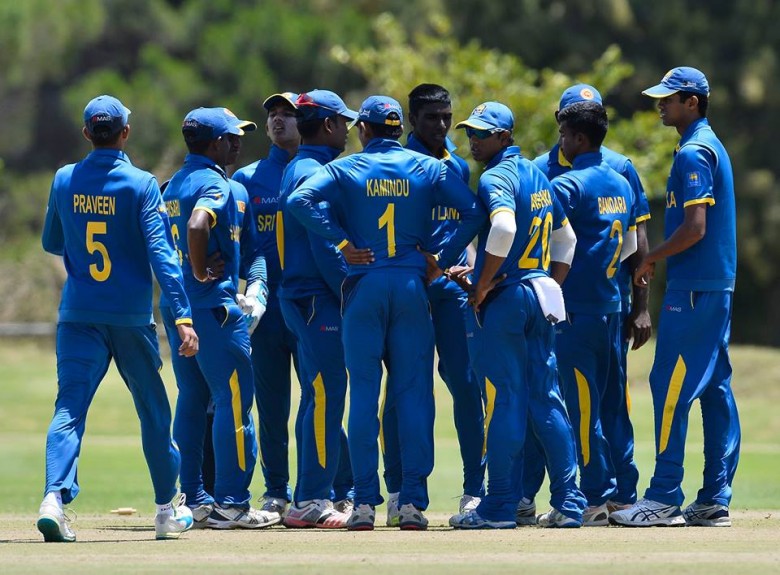 Sri Lanka U19s defended a below par total to beat Australia U19s by 8 runs in the second youth ODI in Hobart.

Australians had their tails up after a dominant performance in the previous match but could not chase down Sri Lanka’s modest score of 222 as they were bundled out for 214 in the final over of a thrilling match.

The hosts were in prime form and they must have felt they had the chase under control but it wasn’t meant to be. They had a horrible start with both Nipun Ransika and Thisaru Dilshan sending the openers back to the pavilion for just 10 runs.

The star from the first match Param Uppal and skipper Jason Sangha put together a partnership of 65 runs to get the Aussies back on track. The Lankans dismissed both of them and Mathew Spoors in quick succession to take back the upper hand at the half way mark of the Australian innings.

The match was swinging back and forth as Austin Waugh and Will Sutherland fought back for the hosts. The pair added 71 runs with Sutherland scoring a quick fire 54. Ransika was brought back to the attack and he managed to send Sutherland back to the pavilion which changed the game around in favour of the visitors.

When Sutherland left the crease, the Aussies had 27 runs to get from 32 balls with 3 wickets in hand. The Lankan bowlers managed to get the remaining 3 wickets conceding only 19 runs as Jehan Daniel clean bowled last man Lloyd Pope with a yorker. Nipun Ransika was the pick of the bowlers with 2 for 42.

Early on, Kamidu Mendis won the toss and elected to bat first. Vishwa Chathuranga got them off to a blistering start with 5 boundaries for his 27. The visiting batsmen got off to good starts but couldn’t convert them into big scores. Nipun Sumanasinghe was the pick of the batsmen with 42 runs while Kamidu Mendis chipped in with 31 runs. Jehan Daniel and Thisaru Rashmika provided some late resistance to help the young Lions to 222. Leg-spinner Lloyd Pope was the pick of the bowlers with 3 for 51 for the hosts.

With this win, Sri Lanka U19s managed to level the five-match series, 1-1. Australia U19s won the first match comprehensively. The third youth ODI will be worked out on 18th April.

‘I don’t think we are a batsman short’ – Rumesh Rathnayake