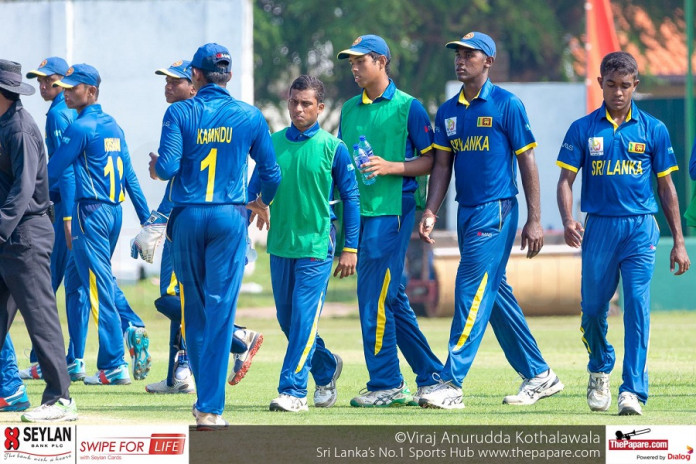 The Australia U19s inflicted a humiliating 160 run loss on the touring Sri Lankan U19s in the first youth ODI worked off in Hobart today(13).

The visitors won the toss and sent the hosts in and the decision proved to backfire with the Australians reaching 178/2 in the 33rd over. Right arm off spinner Hasitha Boyagoda then stepped up with a double strike as the Australians failed to cash in on the final few overs to be reduced to 265/9 in their allotted 50 overs.

Param Uppal stroked an elegant century for the hosts which included 9 fours and a six while Nipun Ransika impressed once again along with Boyagoda who chipped in with two wickets- picking up three crucial scalps to restrict Australians from getting closer to the 300 run mark.

Lasith Croospulle struck three fours in an over off Iian Carlisle to get the run chase kicked off but that was as good as it got for the Lankans as they lost wickets at regular intervals to be bowled out for a paltry 105 inside 34 overs.

Nipun Sumanasinghe was the only man to show some resistance for the visitors top scoring with 29 as the other batsmen succumbed to a disciplined bowling effort by the Australians led by Zak Evans.

Evans troubled the Lankan batsmen for the second consecutive time on tour as he picked up 4/22 following his four wicket haul in the three day game a few days back.  Right arm leg spinner Lloyd Pope also impressed picking up three wickets while Will Sutherland chipped in with two.