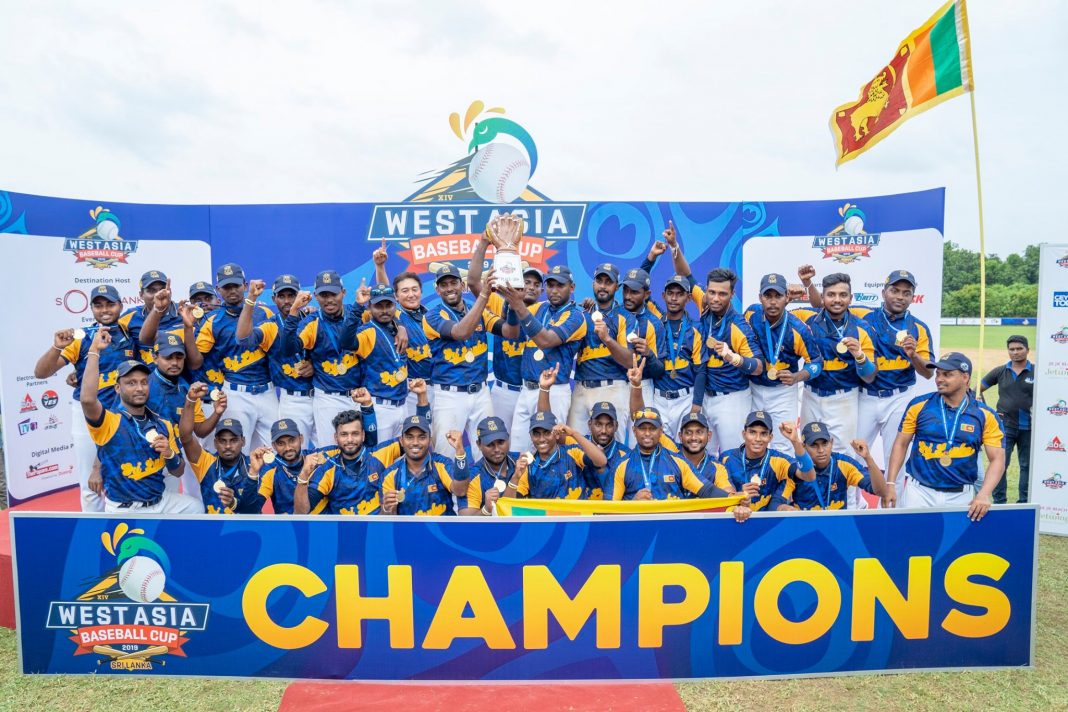 Pakistan drew as the Home team for the final which made way for Sri Lanka to take the bat first.

Taking the first hit in the first inning for Sri Lanka, Iresh Kosala was successful in planting on the first base. Thereafter, Naveen Kasthuri Mudali and Sandun Madushanka entered the field in that order while Sri Lankan skipper Sameera Rathnayake smashed one into the outfield, resulting in valuable runs for the Kasthuri and Madushanka.

Taking the base next was Asanka Lakmal whose hit let Sandun Madushanka bag another run to his name. In their allotted time, Sri Lanka managed to score 3 runs while ensuring Pakistan didn’t get on the scoreboard in their counter strike.

From the 2nd inning to the 5th neither team managed to put any runs on the board. However, Sri Lankan skipper Rathnayake put up a splendid performance in center field to stop vital runs from his opponents.

In the 6th, skipper Rathnayake failed to make his way back to first base, but his trusty hitter Asanka Lakmal had his back, making it back in time. Next in line for Sri Lanka was Niroshan Sriyarathne. His massive blow to the outfield was neatly collected by Rehman Khan who then threw it back to first to try his luck in omitting in-form man Asanka Lakmal off base, but to no avail.

In their counter strike, Pakistan’s Ubaid Ullah struck one to the outfield which allowed Sumair Samar to collect Pakistan’s first run in the game. However, Team Sri Lanka did well not to let Ubaid Ullah back on strike and were eventually able to send Shakeer Afridi back to the dugout. At the end of the 6th, Sri Lanka led 3 – 1.

Sadara Abeyrathne and Amila Pushpakumara was unable to increase the lead, coming in to the 7th inning.

Naveen Kasthuri Mudali started the 8th inning with a free base. Sameera Rathnayake came in at No.3 behind Sandun Madusanka and hammered one around the far-right shoulder, allowing Kasthuri and Madusankha score points.

However, Pakistan’s counter was deathly. Off a hit by Fakhir Hussain, Arslan Jamshaid managed to reach his base collecting one run. A misfield to the second base saw Hussain making his way from the first to the third in no time.

Shakeer Afridi entered the field next and collected one more run off a strike to center field, finding his way back to first base before leaving the field for Umair Imdad to enter. Imdad was sneakily caught at center field by Sri Lankan skipper Rathnayake as Sri Lanka went into the final inning leading 5 – 3.

Entering the final inning, Sadara Abeyrathne and Iresh Kosala were both caught out while Amila Pushkumara sturck out on the first. With that, Sri Lanka’s turn ended with a mere 2-run lead for the championship.

Pakistan’s Jawad Ali, Rehman Khan and Mohammed Rafi did well to run between bases to bridge the score line at 5 – 4. With just 1 run to tie the game, Sumair Savaar dashed back to first base.