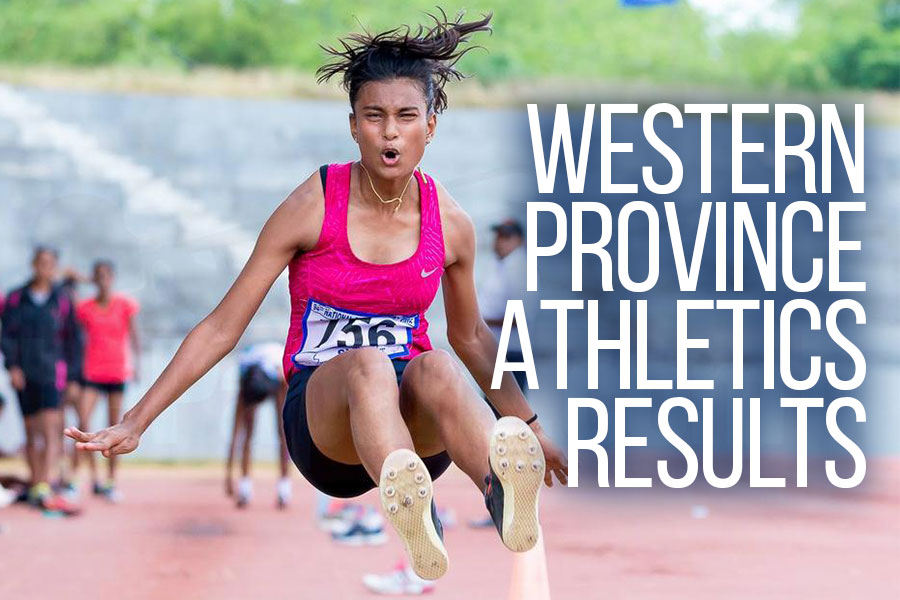 Read More: 3 athletes, 3 medals for Sri Lanka on the track

Sarangi Silva, who holds the National Women’s Long Jump record in Sri Lanka was left shattered when she failed to make any of her jumps count in her pet event. Silva was not the only one struggling for her best, as defending National champ Anjani Pulawansa was only able to plant a solid jump on her 5th attempt.

Pulawansa’s jump was sufficient, marking a clean 5.92m to win the Gold in the Long Jump event and she went on to win the Best Female Athlete title of this year’s championship.

In the Men’s 100m, St. Benedict’s College sprinter Sahan Rajapaksha was victorious, with a time of 10.50 seconds. Sarangi Silva made a courageous comeback from her defeat in the Long Jump, to win the Women’s 100m, clocking 12.0seconds.

Hashan Wijerathne of Kalutara who registered 43.12m in the Discus Throw and M.S.J Uttara of Holy Cross College Gampaha who clocked 60.0 seconds in the 400m, won the Best Male and Female Athlete titles respectively in the Under-16 category.

In the relays, the 4x100m Women’s title was won by the team from Gampaha, clocking in 41.9 seconds in the finals. Gampaha also went on to secure the 4x400m Women’s title with a timing of 4:06.03min surpassing the quartet from Kalutara who won Silver with a time of 4:20.00min.