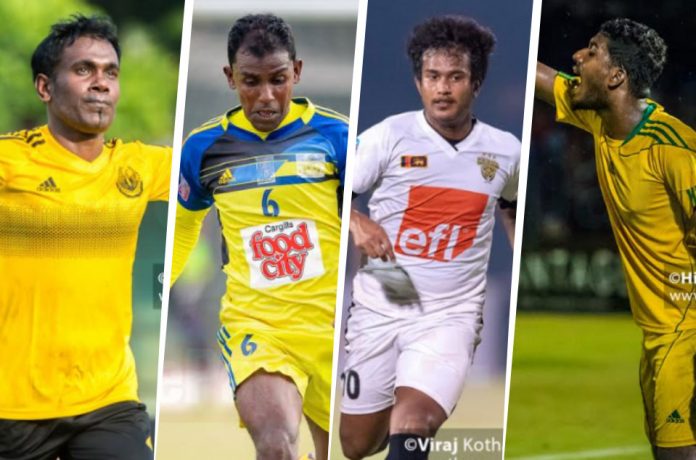 The semi-final draw of the Vantage FA Cup 2018 took place on 19th November at the Football House, Colombo.

Defending Champions Army SC, Colombo FC, Saunders SC and Police SC were the teams who qualified for the final 4, and were involved in the draw. The draw paired Army against the underdogs Police in the 1st semi-final while Colombo FC were drawn against Saunders SC in the 2nd semi-final.

Army SC qualified for the final 4 after they soldiered past SLTB SC in a 2-0 victory where stand-in skipper Bandara Warakagoda, Mohamed Issadeen and Kasun Pradeep shone yet again.

Police SC held strong to defeat the fancied Renown SC 3-1 on penalties thanks to an inspirational performance by their goalkeeper Mahendran Dinesh.

Saunders SC had veteran Kasun Jayasuriya to thank as he provided both goals to get his side out of jail in a hard-fought 2-1 win against a feisty Prison SC.

Colombo FC had to fight hard for their place in the final 4 after their quarter-final battle against New Youngs ended 0-0 in regulation time. Colombo held their nerve to beat New Youngs 4-1 on penalties.

Below are the FA Cup 2018 semi-final fixtures;