Valencia on target after Gakpo stunner.

Ecuador kept alive their hopes of a second FIFA World Cup ™ last 16 appearance after the redhot Enner Valencia struck to claim a precious point against Holland.

Louis van Gaal’s team made a blazing start in Doha when Cody Gakpo fizzed an unstoppable sixth-minute 18-yard shot beyond Hernan Galindez. But if Galindez thought he was in for a long night, the Ecuador goalkeeper was scarcely troubled over the following 84 minutes.

Andries Noppert in the Netherlands’ goal reacted smartly to save a cross-shot from Valencia, as the South American team steadily established a foothold. Ecuador thought they had equalised in the third minute of first-half time added on. Angelo Preciado’s scuffed effort from outside the box was turned home by Pervis Estupinan but a VAR check confirmed the offside Jackson Porozo was obscuring the vision of Noppert.

The disappointment only served to gee-up Ecuador. Moises Caicedo stole possession in midfield three minutes after half-time. The pass found Estupinan and when he shot, Noppert could only divert his save to the feet of Valencia to prod home his third goal in two matches in Qatar.

Ecuador were visibly lifted and 10 minutes later Gonazalo Plata cracked the bar from distance after Virgil van Dijk blocked Valencia’s original attempt. Both teams have four points – but Ecuador’s night was marred by an injury for Valencia, who was carried off on a stretcher with one minute remaining. The result confirmed Qatar’s elimination following the hosts’ defeat by Senegal earlier in the day. 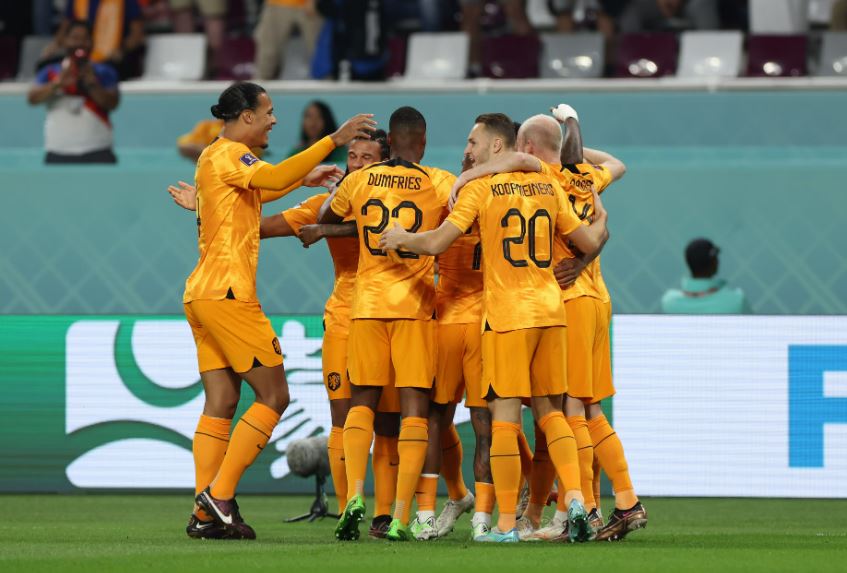 Two to choose from and on a night when this courageous and progressive Ecuador team were more than worthy of their point, neither major incident went in the South Americans’ favour.

Plata was the width of the crossbar from lashing in a second goal that you suspect would have proved the match-winner and all but booked Ecuador’s position in the last 16, a feat they have achieved only once in three previous World Cup appearances.

Each team takes a point!@adidasfootball | #FIFAWorldCup

Of even more regret for Ecuador, however – and, therefore, probably the key episode – was the injury for Valencia. The Fenerbahce player was taken off on a stretcher towards the end and his lower leg was quickly wrapped in a giant ice pack. Valencia is not only responsible for all three of Ecuador’s goals at this tournament following his double against Qatar on Sunday. The 33-year-old scored his national team’s past six World Cup goals. A country will have its fingers crossed for a speedy recovery for their terrific forward.

Netherlands defender Jurrien Timber: “We weren’t good on the ball, that was the problem today. That’s something we have to do better and work on it. They [Ecuador] were really aggressive, more aggressive than we have been today. The good thing is that we took a point.

“In the end it’s about the result and we didn’t get the three points today but we didn’t lose, even though we didn’t play good. So I think a point is okay today. But we need to work on this and need to be ready for the next game. We knew that he [Valencia] is a good striker so I tried to stay short on him but… they were more aggressive today.”

👏 @DeJongFrenkie21 is still the engine at the heart of the Dutch journey at the #FIFAWorldCup. The @Budweiser Player of the Match!#YoursToTake #Budweiser #POTM @Budfootball pic.twitter.com/l1n0aeC6sT