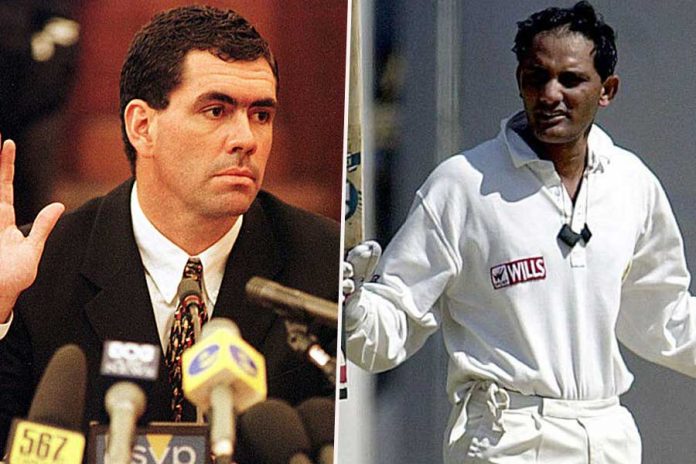 Cricket, which is highly regarded as the gentleman’s game is the most popular game in South Asia. In Sri Lanka, India, Pakistan, Bangladesh and now Afghanistan many people claim cricket as their unofficial religion and regard their cricketers as Gods. Such is the passion people show towards this wonderful game. Although cricket was born in England, it is fair to say that it lives in South Asia.

In an era where everything is commercialized and every aspect of human life has a commercial value, cricket – after all which is just a sport, too shoulders a price tag, which is quite high in South Asia. People involved in the betting industry have become the greatest gainers of this ever-growing popularity of the sport.

Corrupt punters who tactfully persuade players to do certain things like leaking information (playing XI and replacements, pitch condition, team plans and strategies etc…), spot-fixing (fixing a particular phase of a match) and match-fixing (fixing the match result) place their bets and gain high amounts, in return the players too gain valuable benefits.

This corrupt activity has been making headlines in the cricket world for a reasonable period of time. Unfortunately, the monopoly of this illegal industry is being controlled by South Asians, particularly Indians and Pakistanis.

The documentary released by the Al-Jazeera news company which revealed many aspects of corruption in cricket including past incidents and plans for the future was a pure shocker for the cricketing fraternity and millions of cricket lovers around the world. The masses were totally disheartened to see such a massive betrayal in the game they love and are unconditionally invested in. Although this is arguably the biggest revelation about corruption in cricket, this is not the first time such massive news broke on the topic in cricket.

This is a look back at match-fixing scandals reported and proved in the past.

In 1995, Australians Shane Warne and Mark Waugh asserted that they had been offered bribes to throw the first Test of their tour to Pakistan in 1994 by Pakistani skipper Saleem Malik. This was the first time anything of this caliber was revealed. After a series of investigations and questioning, in 2000 Salim Malik was banned for life along with Ata-ur-Rehman for dealings with bookmakers. Their bans were lifted in 2008 and 2006 respectively.

Shane Warne and Mark Waugh made the headlines again when it was revealed that the pair had been fined by the Australian Cricket Board for providing information to an Indian bookmaker during their tour to Sri Lanka in 1994.

In 2000, on the 7th of April, Delhi Police charged South African captain Hansie Cronje for fixing South Africa’s ODI against India in March. This paved the way for investigations by authorities of both nations. During investigations Cronje stated that he was introduced to a bookie for the first time by Indian skipper Mohammad Azharuddin. He also confessed that he only passed out information and never fixed or threw away a match. As a result of further investigations players from both nations, including the captains, were handed suspensions.

In 2004 former Kenyan skipper Maurice Odumbe was banned for 5 years by the Kenyan Cricket Association after being found guilty of receiving money from bookmakers on several occasions.

In 2008 West Indian Marlon Samuels was banned for 2 years for giving team information to an alleged Indian bookmaker.

In 2011 a spot-fixing scandal broke out for the first time. Pakistani fast bowlers Mohammad Asif and Mohammad Amir were found guilty for deliberately bowling no-balls in a Test against England at Lords in 2010. Skipper Salman Butt’s involvement in this activity was also revealed. Butt was handed a suspension of 10 years while Asif and Amir were handed suspensions of 7 and 5 years respectively.

So how does the ICC deal with these new revelations coming from the AL Jazeera Documentary? Will heads roll as they have in the past or will those alleged fixers get away?